Chrooma Keyboard is one of those keyboards I can always recommend to people who like the Google Keyboard but want something more out of the experience. I have been using it on and off since it got updated to v3 in June and I love its adaptive colors that fit with whatever app you're using, extensive gestures, multilingual support, and customizable action row. But since some of these features were already added to GBoard recently, there were fewer reasons to use Chrooma... until this new v4 update came rolling.

Now Chrooma has emoji suggestions so you get a pizza emoji when you type the word "pizza," neural predictions for your sentences, a smarter clipboard that lets you view a history of your copied texts and paste whichever you want as well as pin some to keep them, a words blacklist option to stop suggesting certain words, and the customizable action row now shifts from emojis to numbers to punctuation depending on what you just typed.

In terms of looks, the navbar now colors along with the keyboard to provide a more unified look and there's a custom number layout when you need to input a lot of numbers. For emojis, Chrooma added a quick emoji button so you don't need to rely on gestures to enter them anymore, a recent emoji tab for quick insertion, and an option to switch between your phone's emoji font and Chrooma's (which is the same design as WhatsApp). If you hate Samsung or LG's emojis and struggle to find the emoji you want among their designs or fail to understand what a specific face is supposed to be, this is an ideal solution to pick the correct emoji, though I do wish there was a third option for Google's own emoji design.

And last but not least, there are two other features in Chrooma for those of us who share a lot of media. One is a scrolling strip of your latest images to quickly insert the one you want and the second is Giphy integration to search and find the GIF that fits your emotions best. 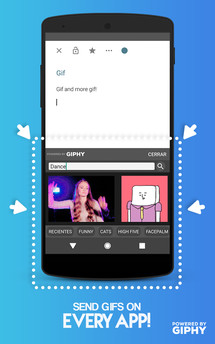 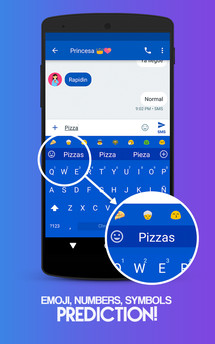 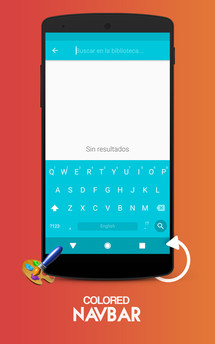 Chrooma is still free on the Play Store with IAP ranging from $0.99 to $2.49 to unlock different tiers of options.

Wileyfox releases its most expensive phone yet with the £219.99 Swift 2X

[Deal Alert] Check off a New Year's resolution and get a six-pack (of Choetech USB Type C-A ...