If you went to middle school at the same time as me, you might remember Yu-Gi-Oh. It's that show about a kid with an alien starfish attached to his brain that makes him hallucinate about ancient Egyptian playing cards destroying the world. (That's how I remember it, anyway.) Amazingly the twenty-year-old franchise is still around, and quite a lot of people seem to be continuing to play the associated Magic: The Gathering-inspired card game - enough that Konami, otherwise more or less uninterested in non-Pachinko games, has released a new mobile version.

Yu-Gi-Oh! Duel Links features a full single-player campaign based on the anime, with at least some voice acting for the main characters, coming in a sizeable extra download based on your region. These include Starfish Head, his alter-ego Slightly Angry Starfish Head, his best friend Brooklyn Rage, his other best friend Sharpened Pompadour, his lady friend Token Female Character, and his bitter rival Hot Topic Manager. (Again, I'm trying to remember all these characters from a cartoon I saw twenty years ago.) Once players have mastered the mechanics of the turn-based monster card battles, they can take their skills online in head-to-head multiplayer with both casual and ranked modes. Yelling at each other about evil trading card gods and the power of friendship is not compulsory during online battles, but it might help get you in the mood. 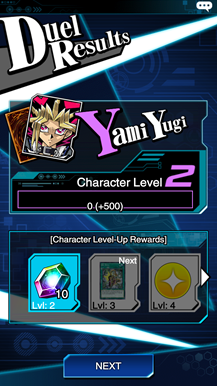 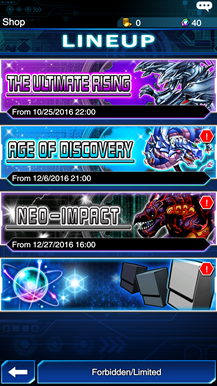 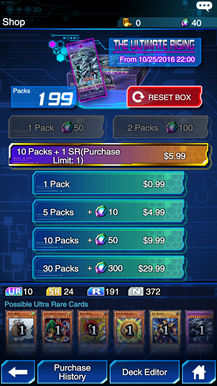 All joking aside, dedicated players are really into this game, and during Duel Links' geo-limited release they seem to have quite enjoyed the Android version. At the moment it's sitting at a 4.5 rating with over 60 thousand reviews - no small achievement for a picky fanbase that knows the ins and out of every card and strategy. 3D animated battles, full deck building, and even game replays are included, though at the moment not all of the catalog cards are active. And unlike the Android version of the Pokémon trading card game, it's available for both phones and tablets.

Yu-Gi-Oh: Duel Links is free, but extra cards and packs can be earned by beating in-game challenges or purchased straight-up in randomized packs for up to $45 of in-app purchases. So if you download this one for your kids, make sure and disable those.

Alternate title: You can play this card game on motorcycles, but we wouldn't recommend it