Google was supposed to release Android Wear 2.0 last fall, but there were... issues. Specifically, feedback for the developer preview was quite negative. Google decided to reassess and pushed the release to early 2017. After a few more dev previews, here we are. Google has notified developers that Wear 2.0 is coming in a few weeks, so they had better get their apps ready.

The notice sent to developers lists any apps they have that are using the legacy APK installation mechanism. Wear 2.0 has an on-watch Play Store and supports standalone apps that don't need a phone companion. Apps that have not been updated with support won't show up on the watch Play Store when Wear 2.0 launches in early February (date unclear). The email also links to help documents explaining the process to updated apps for Wear 2.0. 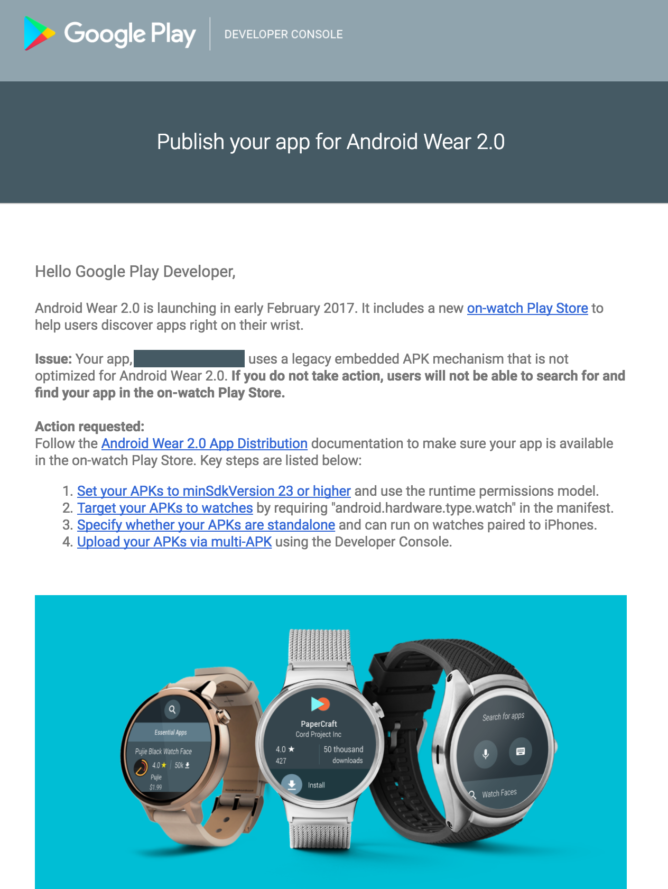 Google is looking to release two new watches alongside Wear 2.0, which we reported on last year before it was confirmed by Google. So, we might just be a few weeks away from new Google watches. Wear 2.0 will also come to existing watches as an update, but it's not clear which watches and how quickly.