Motorola has been doing well in the budget phone arena with its Moto G series, the fourth generation of which just launched last year. These phones are more important than ever now that the Moto X is dead (or on hiatus or whatever), but what does Moto have in store? Well, there's a guy in Romania who appears to have a Moto G5. He's (foolishly) trying to sell it online.

According to this listing, which is asking the equivalent of $388, the phone has the following specs.

If the above is accurate, this will be a modest improvement over the fourth gen phone. The current model has a Snapdragon 617, but there are variants with 4GB of RAM and 32GB of storage. This is supposedly a Plus model, so it might be the top tier version. The listing insinuates the device will be launched in March, which would be rather early. 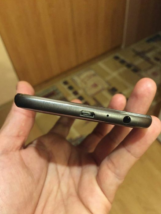 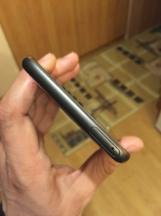 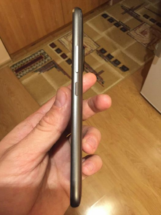 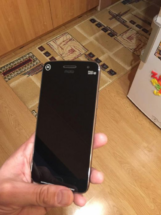 As for the design, it's got the big, round camera module on the back that we see on the Z series phones. However, this phone is still sporting a microUSB port. At least it still has a headphone jack. The back also has an unusual texture and shape. I'm not sure what's up with that—it might just be the lighting.

The seller seems unaware of what he's gotten into. This device is clearly marked as a prototype, and all the engineering marks are visible. Motorola will see this phone, ID it, remotely kill it, then trace the chain of ownership to see who it belongs to. This guy is not going to get his $388. It looks legit, but there's still a chance it could be fake. Either way, this is a bad idea.

[Updated] Voice website banner mentions 'The new Google Voice,' but nothing seems to have changed