For years, I have longed for the ability to remove apps I already have from results or lists in the Play Store (even back when it was the Android Market). It seems Google is finally, really testing such a feature according to screenshots we've received from a tipster. The current implementation of the "Show installed apps" toggle only appears in app lists, not search results, as far as we can tell. The new toggle also accompanies an apparently brand-new layout for the top charts splash, seen in the image above. Full screenshots are below. 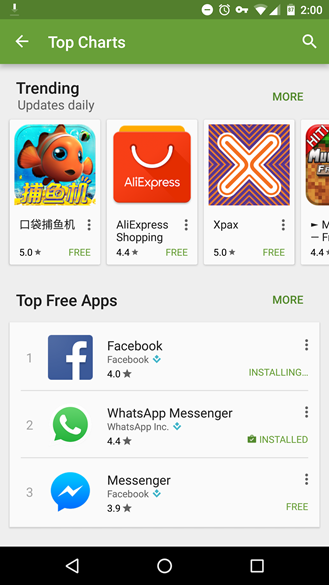 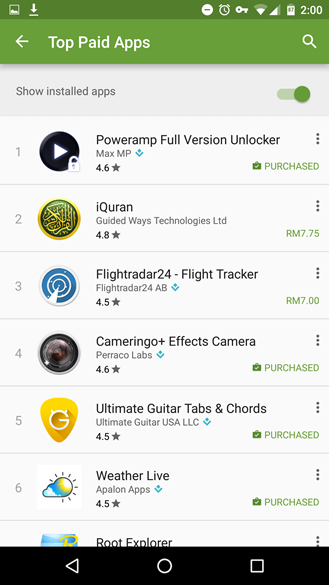 Our tipster has uploaded a video of the new UI and toggle in action, which you can see here.

Hopefully this isn't a UI test so much as something that will be rolling out to everyone soon, because I'm very much digging the changes here, Google. The reflow animation when you hit the "show installed apps" toggle is pretty nice, too. I'd also like to see it in places beyond just the top charts UI, so hopefully that's something the Play Store team is considering.

Based on the tips we've been getting over the past couple of days and our own phones, it appears that this toggle is now live for everyone or at least rolling out to more and more users.