First up is a new sound bar, the catchily named HT-ST5000. This is Sony's flagship sound bar for 2017, so it has all the top-of-the-line features, such as Dolby Atmos, hi-res audio, and twelve advanced speakers. Sony says the HT-ST5000 is for home theater setups, and proves that with the number or ports and connectivity options: three HDMI ports, one HDMI ARC port, a USB input, Bluetooth and NFC, and a number of digital and analog connections. If connected to a video source, 4K and HDR are also supported with applicable content. As you'd expect, this also supports Google Home for multi-room playback, meaning you can tell music to play on multiple Sony speakers across the house.

Then there's the HT-CT800. This 4K, HDR sound bar also supports Google Home for multi-room listening and playback. The HT-MT500, meanwhile, has Chromecast built-in alongside Spotify Connect, meaning there is access to over 100 music streaming apps.

It's good to see Sony updating their sound bar and speaker product line up and using new Chromecast built-in and Google Home technology, unlike some other notable companies who have, significantly, not done this. 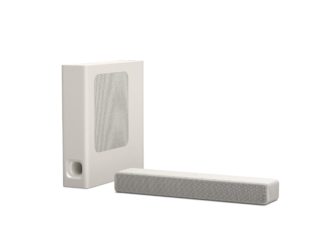 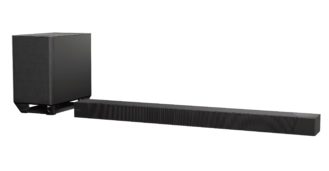 In the land of television, Sony has two Bravia sets to show off, both powered by Android TV. The new A1E Series, coming in at 77-inches, 65-inches, and 55-inches, are three OLED 4K displays, with things like 4K HDR Processor X1 Extreme for 'the ultimate 4K viewing experience.' This has the world's first Acoustic Surface sound system, which is where the surface of the television display acts as a giant speaker, and an 'iconic' standless design.

Alongside the A1E Series are the X930E/X940E Series, which are 55-inches and 65-inches for the former, and 75-inches for the latter. Both still output at 4K HDR but drop the OLED in favour of plain old LED. The two series have Android TV onboard, as well as Google Home support, so what you watch can be directly controlled via your voice and Home, which seems convenient.

Finally, we come to headphones. Sony's traditionally a market leader here, so it's trying to keep this up with two new sets of wireless, over-ear headphones that have enhanced, powerful bass. The MDR-XB950N1 set has active noise cancelling, plus Bluetooth and NFC connectivity. The other set, the MDR-XB950B1, lacks noise cancelling but still has all the other features, including the ability to control the headphones EQ with the Sony Headphones Connect app, with four settings: Arena, Club, Concert Hall, and Outdoor Stage. The level of bass can also be tweaked for personal preference, and for the MDR-XB950N1 set, noise cancelling can be turned on or off. The MDR-XB950N1 set can go for 22 hours on a continuous charge, while the MDR-XB950B1 is good for 18. Both have an included audio cable, so listening can continue using that cable when the battery runs out. Finally, both sets can make and receive calls using the Bluetooth connection. 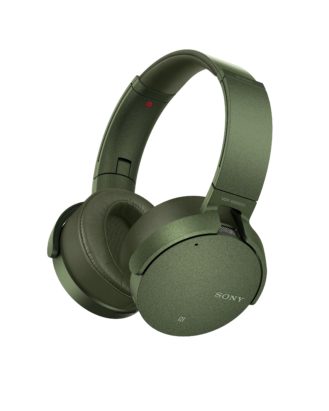 The sound bars and headphones will launch in Spring 2017, with pricing and dealers to be announced. The TVs do not have a launch date or pricing just yet, but will be announced in due course.

T-Mobile's next 'Uncarrier' move gets rid of all non-ONE plans, pays back fees and taxes, ...