Qualcomm announced the Snapdragon 835 way back in November last year, but today the company is lifting the lid on a considerable number of details it declined to publish as part of that initial reveal. Qualcomm hadn't even bothered to state how many cores the 835 had yet, so aside from the comment that it was the world's first 10nm CPU, there was precious little to go on.

We now know the 835 has returned to an octa-core setup, as opposed to the quad-core Snapdragon 820. We also know that the actual CPU cores are not of Qualcomm's own design, but more closely based upon ARM reference cores (the 820 used Qualcomm's full-custom Kryo cores). Qualcomm has declined to state exactly which reference cores the new 835 uses, instead deferring to the statement that its "semi-custom" Kryo 280 design makes 835 distinct from a simple cut-and-paste ARM design. Qualcomm has not detailed exactly what makes its CPUs "semi-custom," but I would suspect some of that will come into play in the bridge between the low and high-power cores. 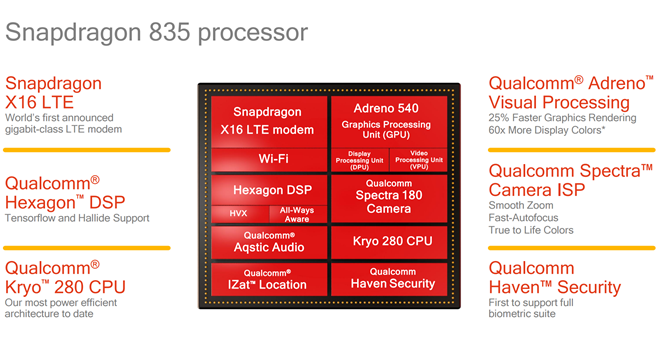 And yes, this is the standard four "big" core, four "little" core arrangement we've seen many chipsets use for some time now. The high-power cores are clocked at up to 2.45GHz, with the smaller low-power cores being up to 1.9GHz. Between the new cores, various improvements across the chipset, and a switch to a 10nm fabrication process, Qualcomm anticipates the 835 will be up to 20% faster than the outgoing 820, and up to 25% more power-efficient.

Also in tow are a new DSP core, a new Wi-Fi chip with substantial power efficiency gains and 802.11ad support, the new Adreno 540 GPU with 25% better performance and HDR support, a new audio codec (DAC and amplifier), Bluetooth 5 with native aptX and aptX HD support, and a new Spectra image signal processor. All in all, most corners of the chip have been touched in this latest generation of processor from Qualcomm. While absolute performance gains aren't massive, the improved power-efficiency is always welcome, and should further help alleviate the pain of battery life. As previously announced, the Snapdragon 835 features Qualcomm Quick Charge 4.0, too, offering enhanced charging speed (up to 20% faster than QC3.0) at significantly greater energy efficiency.

Qualcomm stated already that Snapdragon 835 devices will be appearing in the first half of 2017, so you can probably bet that some major, high-end smartphones announced in the first half of the year are likely to feature Qualcomm's latest. Qualcomm has a good bullet-list of the highlights, below. 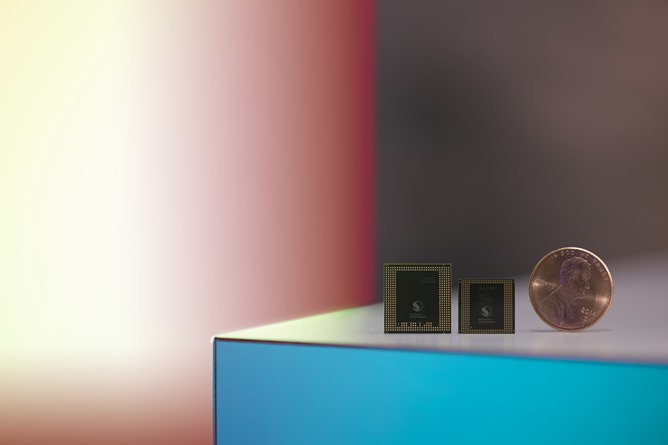