Android finally added support for split-screen apps in 7.0 Nougat, but Google has been playing with the specifics of launching apps in split-screen. It removed the UI tuner's swipe gesture, and the home button behavior has been tweaked in 7.1. The whole system can be a little clumsy at times, but Screens makes split-screen mode a one-tap proposition. It's rather barebones, but it gets the job done.

Screens creates shortcuts for your home screen that instantly launch two apps of your choosing in split-screen mode. It doesn't require root, but you do need to enable it as an accessibility service. The interface is... basic. Just two buttons and a text field. After you choose the apps you want to launch and create the shortcut, you get an icon like any other. It doesn't matter if the apps are running in the background—Screens opens them in split-screen.

You should make certain the apps you want to include in your shortcut actually support split screen. Some apps disallow this, and Screens just crashes if you try to launch them via a shortcut. The app is free, but some sort of pro upgrade would not be unthinkable with a little more polish. You'll need Android 7.0 or higher to use it, of course. 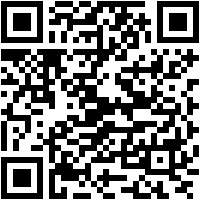