ADW Launcher was one of my first introductions into Android customization. For the longest time, it was the cornerstone of my homescreen strategy and I'd spend hours perfecting a setup with icons, colors, widgets, until I'd start again a couple of days later. Heck, one of the first Android roundups I ever wrote (warning: not an AP post) was about customization and had ADW Launcher as the first recommendation.

But then Lollipop came and ADW looked completely out of place with the more modern interface. Apex, Aviate, then Nova became my go-to launchers, and I nearly forgot about ADW until this past June when it got resurrected out of seemingly nowhere as a version 2 beta. I haven't tried ADW Launcher 2 yet, mostly because I'm too busy/lazy to mess with my homescreen setup as much as I used to, but I can tell from the screenshots and video that it has shaped up nicely and fits right at home with Marshmallow and Nougat.

And now ADW Launcher 2 is available publicly for everyone on the Play Store, no beta sign-up required. It has launcher shortcuts for Android 7.1 with limited support going as far back as Android 5.0 (like Nova and a couple of others) and an impressive list features that I'm just going to paste below because I don't want to miss something important:

* Support for Android 7.1 launcher shortcuts (limited support on older versions down to 5.x)
* Added new icons effects section. You can choose image filters and compositions. Awesome.!.
* Dynamic UI coloring using wallpaper colors.
* New way to manage screens. Hold down an empty area of the desktop.
* New way to add widgets and shortcuts.
* New way to change the wallpaper, lock/unlock the desktop or access settings. Hold down an empty area of the desktop and choose the option.
* Added fast scroll app drawer style.
* Added indexed fast scroll app drawer style.
* Added some desktop transitions.
* Added new section to configure icon badges.
* Added a visual mode to configure desktop, icon appearance, folder appearance, and app drawer options.
* Added option to change the top panel/widget.
* Added option to change the content type of bottom panel (dock/widget).
* Added new wrap folder mode to folders. This mode lets you launch the first app in the folder on tap, and show the folder contents on swipe up.
* Added new fast application search in app drawer.
* Improved app categories in app drawer.
* Improved way to manage user gestures.
* Improved way to apply internal and external themes.
* Improved context menu for all desktop objects.
* Added new Custom Widget object. You can add new custom widgets from widget list, import them from friends and other developers, create, edit and share your own.
* Added some initial extensions for the custom widgets (time/battery)
* Check out ADWExtensions pack for more extensions (weather, gmail, etc).
* Added template manager. Remove, add and share templates easily.
* Improved icon properties dialog.
* Improved folder properties dialog.
* Added backup manager in advanced settings/system. Now you can import data from other famous launchers (if you miss one, report back to us so we can include it.)
* Added the possibility to set a secondary action on desktop shortcuts. Swipe up over the desktop shortcut to execute the secondary action.
* Probably 2 or 200 things I’m forgetting…
* A bunch of wibbly wobbly timey wimey stuff inside.

But as with all changes, it got users disgruntled. Some are annoyed that their old setups haven't carried out to the new version, others are not happy about the new advertisements, many can't find the option to remove the Google search bar, and so on. I do understand some of the decisions there: you couldn't completely redesign a launcher and give it for free to everyone and without breaking some things from the older version. The developer has also been quick to troubleshoot some of the questions, though I think the advertisement issue could have been addressed and implemented better.

However, the most ridiculous complaint, in my opinion, is from users saying ADW Launcher is now ugly. I mean... do they think it was pretty before? Because I'm not sure we're looking at the same thing. 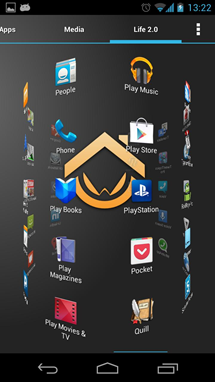 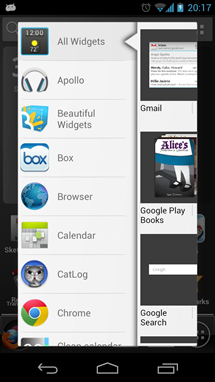 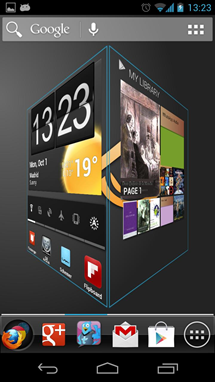 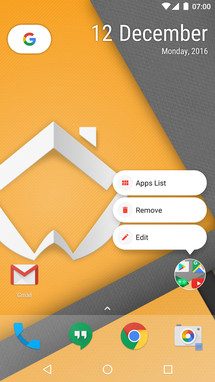 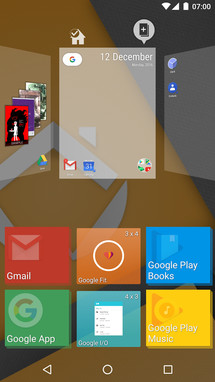 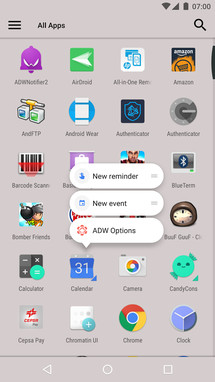 ADW Launcher 2 is free to download and try in the Play Store and if you want to buy the premium IAP, it's down to $1.99 now instead of its regular price of $3.99. We don't know how long the discount will be valid for so make up your mind quickly if you want it.

Following the outcry from users who missed their old setups, AnderWeb has re-released the first version of ADW Launcher on the Play Store. It's under a separate listing called ADW.Launcher One, so you can still grab it and redesign your homescreen like it was prior to the update.