App Shortcuts (formerly known as Launcher Shortcuts) were added in 7.1 Nougat to allow developers to link to specific locations in their apps. Google uses this in many of its own apps like Chrome, Play Music, and the Play Store. It's easy to forget the links are there, and even easier to forget that you can actually turn them into icons on your home screen. To do that, simply long-press to get the shortcuts, then tap and drag an item out of the list. 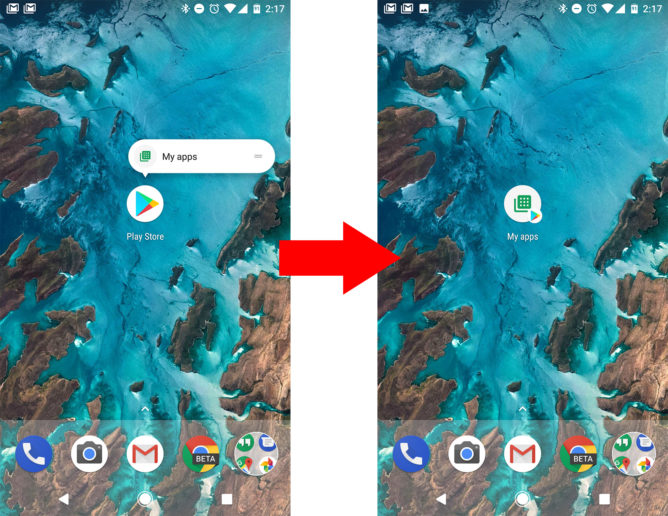 So, why replace the Play Store with the My Apps shortcut? When you think about it, how often are you going straight to your app list after opening the Play Store? Probably a lot. Maybe even the vast majority of the time. The front page of the Play Store isn't very useful, and there's still a search button at the top of My Apps. So, why not save yourself some taps?

Samsung Gear S3 review: A good smartwatch, but probably not enough to win over smartwatch skeptics