Wireless headphones are more important than ever as phones start (inadvisably) ditching the venerable 3.5mm headphone jack. Jaybird has been on the scene for a few years, making some of the most highly regarded wireless earbuds you can get. The Jaybird X2 are particularly popular, and have been coming down in price a lot. Earlier this year the company launched the Freedom earbuds, which didn't get such high praise.

What everyone wanted was a successor to the X2, and now we have that with the Jaybird X3. The design has been refined, it's got some cool new software features, the sound is nicer, and the launch price is more competitive. It doesn't blow the X2s away, but it's a clear improvement.

The big selling point of Jaybird's last earbuds (the Freedom) was the incredibly compact size. However, that meant the battery had moved to the remote. It was an interesting idea in theory, but in practice is threw off the balance of the earbuds. There was a slight downward pull on the right side that would jostle it loose over time. The X3 moves the battery back into the body of the earbuds, which makes them much larger. They actually stay put, though.

Each bud is rather hefty, but still uses 6mm drivers. The remote is on the right side of the cable, and it's slightly larger than the remote on the X2. That means a little more pull on the right bud, but nothing like the Freedom earbuds. The X3 comes with three sizes of tips in both silicone and foam, as well as three sizes of "wings" that help hold the buds in place. I'm a strong proponent of using the wings, which makes the X3 earbuds essentially immovable. Even during a vigorous workout, I don't have to worry about them coming loose. 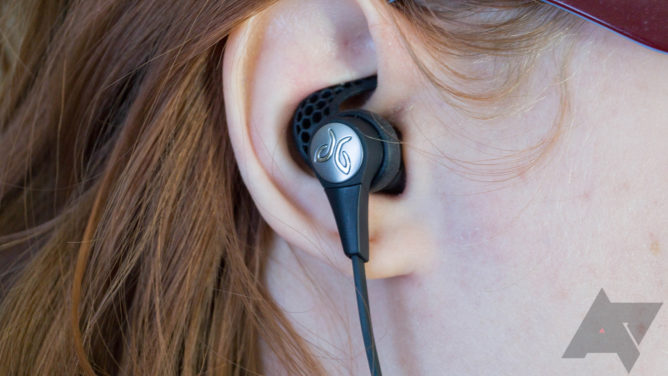 You can also use the Jaybird X3 sans wings, and they do stay put pretty well. You might have to adjust on occasion, but the foam tips could help you a bit there. They seem to grip better, but I don't think they sound quite as nice. The X3 also works with the cable running over-top of your ear, which ensures the earbuds stay put even without the wings, but I don't find this particularly comfortable.

The cable is a thick ribbon style, more like the X2 than the Freedom earbuds. The round cable on the Freedom ended up bothering me as it always seemed to get twisted along its length, causing the cable to hang weirdly. The buttons on the new, larger remote are easier to press than they were on the X2, but Jaybird has also changed the way charging works. Rather than have the charging port on the earbud (like on the X2), the X3 uses a clip-on attachment that connects to the remote. This is more like the Freedom earbuds, although that was actually a battery. The X3's clip-on charger is fast, but it's another dongle for you to potentially lose. 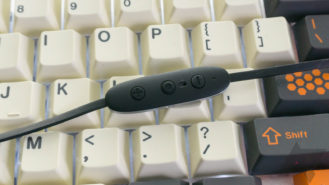 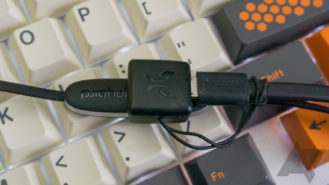 The three button remote has more than three functions by utilizing a series of short and long presses. The middle button is play/pause, but you can also press it to accept a call. A long-press declines a call, and a double press redials. The volume up and down buttons can also skip tracks with a long-press. The buttons are easy to press and have good tactility.

These are earbuds, of course, so we should talk about how they sound. The Jaybird X3 earbuds do sound nicer to me than the Freedom earbuds, and a little better than the X2 as well. I think Jaybird's audio has always been among the best for mainstream/sport headphones, and the X3 does better than all its previous products. This isn't a huge improvement, but it's noticeable.

There's definitely more bass coming from the X3 earbuds than I expected. The high end seems sort of whispy, though. This is only true with the default settings. The MySound app lets you create a custom EQ setting or browse various presets. When you find one you like, it is synced to the X3's internal memory. Thus, you get the same EQ no matter what device the earbuds are connected to. This is a slick feature. With the right EQ, the Jaybird X3 earbuds sound very nice. I will note that part of the improved sound I'm experiencing might just be from the X3s fitting so firmly in my ear. The Freedom earbuds don't immediately fall out, but they never seem to form a perfect seal. 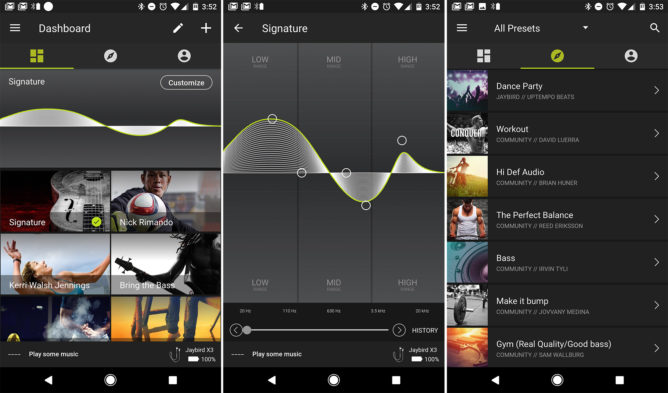 The remote has a microphone, the sound quality of which seems fine. People could understand what I was saying most of the time. However, if you're in motion, the remote can bounce around and cause some distortion for the other party.

The Jaybird X3 earbuds include a few neat software tricks that you won't get on the cheap no-name Bluetooth earbuds that are all over Amazon these days. First, you can pair two sets of X3s with your phone using the My Sound app. It's a cool way to share audio with someone else, but obviously you need two pairs. On the flip side, one X3 headset can be paired with two different devices. For example, you could listen to audio on your laptop, but still take a call on your phone. 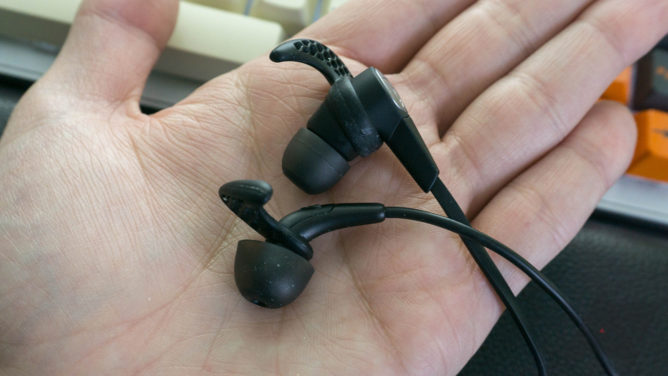 Jaybird claims you will get eight hours of usage from a charge, and that seems dead-on to me. I might even be getting a little more than that. You could probably eke out a full work day with the X3. Although, you still need to find an outlet and take the earbuds off to charge them. Even though I didn't much care for the Freedom's battery module, it at least meant you could recharge the earbuds without plugging in a cable.

The Jaybird X3 earbuds retail for $130, which is a really solid launch price—they've even been on sale. The Freedom earbuds started at $200, which made them very hard to recommend, especially considering the fit issues. The X2s are getting harder to find now, and the price isn't even that much lower than the X3s.

The biggest knock against the Jaybird X3 earbuds is the new charging dongle. The built-in microUSB port on the X2s was nice, even if micro cables are on the way out. That's still more convenient than a dongle. I suppose it's something I can forgive. With the modest improvements Jaybird has made with the X3 design and software, I think they're a good purchase. Although, if you have the X2 earbuds and are still content, you don't need to rush out and upgrade. You can get the Jaybird X3 wireless earbuds from Best Buy.