The holiday season is all about giving, and we're teaming up with NVIDIA to give away 43 assorted codes to ten major Android games. Titles up for grabs include Hotlap Heroes, Q*Bert Rebooted: SHIELD Edition, Metal Gear Rising Revengeance, Mercenary Kings, The Uncertain, Pavilion, Resident Evil 5, Kingdom New Lands, and GoNNER. Keep in mind that most of these games are NVIDIA SHIELD exclusive.

Q*Bert Rebooted: SHIELD Edition includes both the remastered classic and the original arcade version, but the mobile version is available for non-Android TV devices. Hotlap Heroes is a local multiplayer racing game, not exclusive to the SHIELD but does require an Android TV device. Next up is Metal Gear Rising: Revengeance, a SHIELD port of the 2014 PC and console release. The Uncertain is an episodic story-driven game from the perspective of an engineering robot, who is curious about the long-extinct human race. 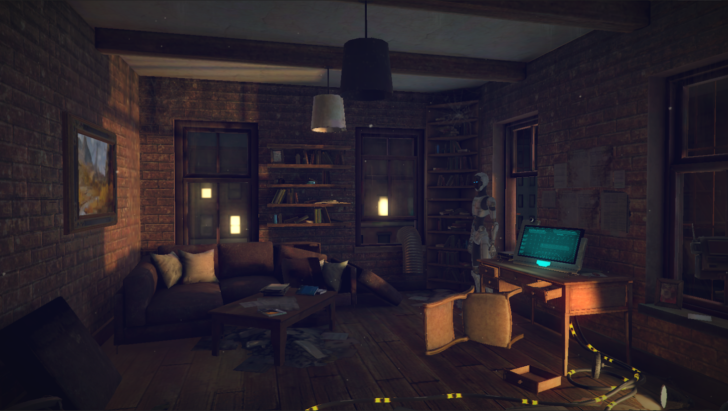 Screenshot from The Uncertain.

Next up is Pavilion, a puzzle adventure game similar in design to the wildly-popular Monument Valley. Resident Evil 5 is another PC and console port, originally released by Capcom in 2009. Kingdom: New Lands is an expansion of the original Kingdom game, an indie 2-D platformer with a fantasy setting. And finally, GoNNER is a procedurally-generated platformer designed to be incredibly unforgiving.

To win one of the 43 free codes for any one of the above games, just leave a comment below. We'll select the winners on Friday, December 30th. Good luck!