As with all Telltale adventure games, players' action and dialogue choices affect both the events of the story itself and the relationship between the different characters. The highlight of Season 3 is the return of Clementine, a young girl with a tragic tale (as if there's any other kind in The Walking Dead) who was heavily featured in the original season's episodes and playable in Season 2. Save files can be continued from Season 2 with a synced Telltale account, a local game save, or players can start fresh with a series of questions in a "previously on" style. They can also start cold with no decisions, if for some reason they want to play Season 3 as a standalone game.

Season 3 has episode one up right now, with serial entries coming over the next few months. Each one costs $5 (the first episode is included in the Play Store purchase), with a slight discount for the $15 season pass, which includes all four additional episodes. As a promotion for Season 3, The Walking Dead Season 2 is currently discounted: players get the first episode free with download, with episodes 2-5 available for $3 each, or altogether in the season pass for just $3.49. Not bad at all.

Compatibility for the new season seems to be a little off at the moment - it's working fine on my Pixel C, but not my older Nexus 6. These issues tend to be resolved fairly quickly... once the developers recover from all the shouting. 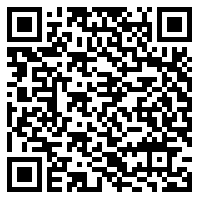