I'm a huge fan of the Roller Coaster Tycoon series. The original two games, RollerCoaster Tycoon 1 and 2, were created by developer legend Chris Sawyer and published by Hasbro Interactive and Infogrames respectively. Both titles, as well as the third entry, were massively popular - but I think most can agree the series declined after that. The latest entry, RollerCoaster Tycoon World, was an unfinished mess that shifted developers several times and currently has a 'Mostly Negative' rating on Steam.

Most, if not all of RollerCoaster Tycoon's mobile entries haven't been well-received by fans. There was RCT4 Mobile and RCT Touch, both only bearing a passing resemblance to the main series and loaded with micro-transactions. This time around, Atari has released RollerCoaster Tycoon Classic, a remastered version heavily based on the first two games. And it's actually - gasp - fun.

If you've never played the RCT series, the concept is fairly simple - you own an amusement park, and you must complete the objectives in the given scenario. Objectives include having a certain number of guests, a specific park rating, and so on. As owner, you must also appease your guests by building adequate facilities, keeping the park clean, and fixing broken rides. You can place down pre-built rides like the Merry-Go-Round and Ferris Wheel pictured above, or build your own custom roller coasters.

RollerCoaster Tycoon Classic does have in-app purchases, but they consist of the DLC created for RCT2 (Wacky Worlds and Time Twister) and 'Toolkit'. The two DLCs add more park scenarios and new rides, and Toolkit includes new editing tools and allows you to import/export your parks. With Toolkit, you can even import most saved parks from the original RCT2 PC game.

Overall, in the time I have played it so far, I'm very pleased with this game - but there are a few issues. RTC Classic is not as enjoyable on smaller screens as larger displays - you can see more of your park at once on larger displays. Compatibility is very strange at the moment; both my Pixel and Nexus 5X were marked as incompatible, but my Meizu M5 Note worked just fine. And finally, there is no sandbox mode, a flaw shared by the original games.

It appears Atari has fixed the strange compatibility, most Android 4.0.3+ devices should now work. 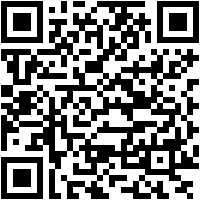