One thing I have often found annoying was how Google Drive could at least preview Docs, Sheets, and Slides, even if the corresponding app wasn't installed, but Gmail couldn't. Gmail used to try routing these links to the different apps if they were installed, but in case they weren't, it would open the file in the browser.

That's changed in the latest versions of Gmail. I tested it on v 6.11.6.14 and compared with v 6.9.25.13 on another device. Both devices only have the Google Drive installed and none of its subsidiaries. When I tapped on an attached or linked Docs file on the older version, it opened it in Chrome and showed a pop-up to remind me to download the Docs app (left screenshot below).

But when I tried it in the newer version of Gmail, it didn't try to use Chrome, instead opening the file with the Google Drive app which launched it in Preview mode (middle screenshot). This also gave me plenty of Drive options (right screenshot), which aren't available when previewing in the browser, like downloading for offline, adding to my own Drive, and more. 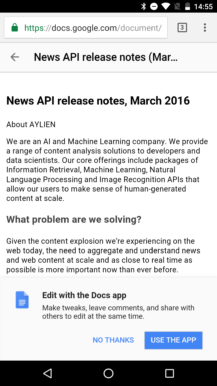 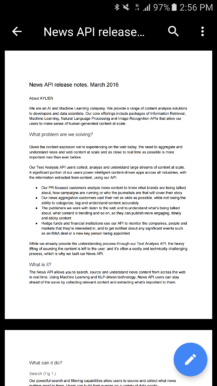 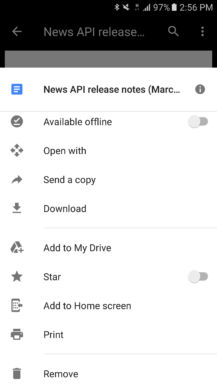 Left: Gmail used to open links in the browser. Middle & Right: Now it previews them in Google Drive.

• Preview documents, spreadsheets and presentations, even without the supporting app installed on your device.
• Edit text in line or copy-paste content from the web while keeping the original text formatting.

Less headache for Creators: YouTube channels will no longer have two types of URLs