We mobile tech nerds love our accessories, and manufacturers love to sell them to us. Between wearables, VR headsets, and voice-controlled home automation, accessories for smartphones have never been more varied. We've covered and reviewed quite a few this year on Android Police, and here are our picks for the top five.

Note that this list is limited to the products that we personally reviewed here on the site - it isn't intended to be a be-all, end-all list for every product in the wide world of mobile tech, because we simply don't have that kind of manpower. If there's something that's come out within the last calendar year that you really love, let us know in the comments section. 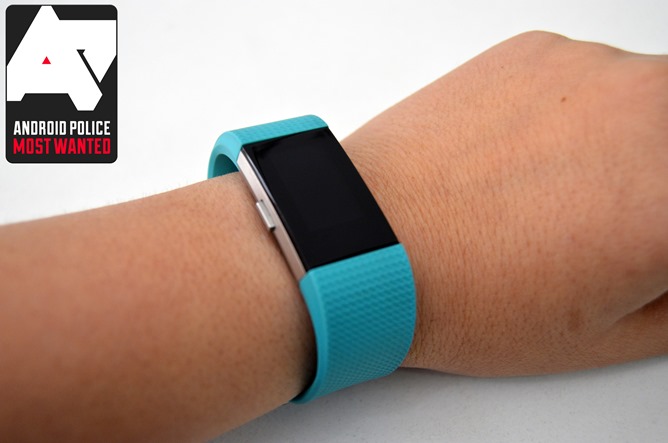 You might notice a distinct lack of Android Wear devices in this roundup. That's because, despite a wider field of manufacturers and some small improvements to the platform itself, Android Wear didn't make any huge strides forward in 2016. Version 2.0 is still a long way off (it's in developer preview right now), and some of the original hardware partners have lost their enthusiasm. Smartwatches as a segment seem to be on a considerable slide downwards, perhaps victims of their own futuristic expectations.

On the other hand (no pun intended), the larger wearable market is much healthier thanks to fitness trackers. These more focused devices can handle most of the core fitness and notification duties of smartwatches without the full color screen and limited battery life. Rita declared the Fitbit Charge 2 the best of the bunch in her review, thanks to its minimalist design, large, readable screen, continuous heart rate tracking, and the strength of the FitBit community. 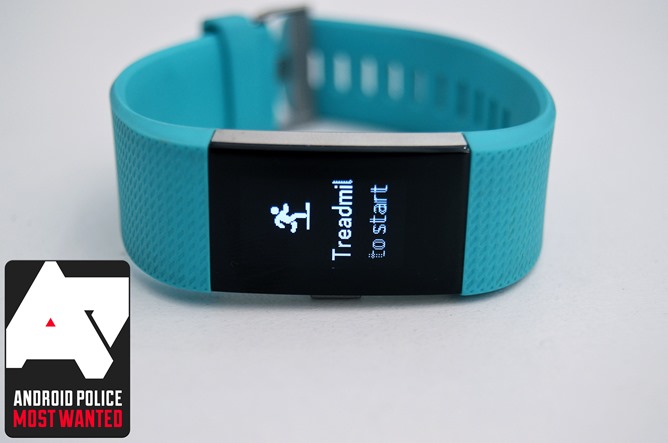 The Charge 2's simple aesthetics fit in with just about any outfit, and the color bands are swappable if you prefer something a little more formal. The companion Android app is easy to use and offers extensive tracking and personal history, plus quick notifications on the wearable's screen, though there's not much you can do beyond see a snippet of text. Downsides include an annoying charger and a battery life of "only" 4-5 days, which still beats just about any full color smartwatch on the market. 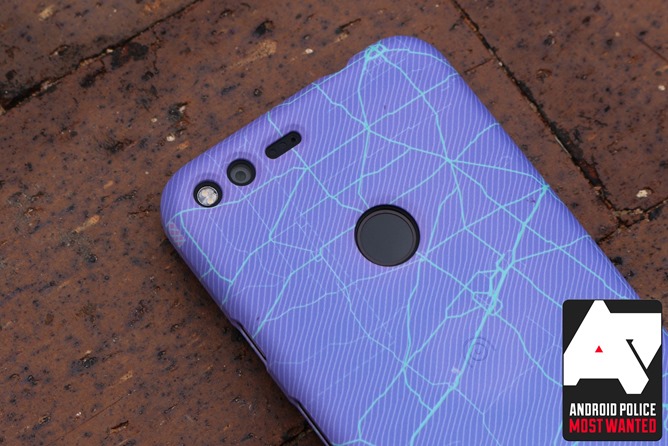 Picking a single phone case for a platform as diverse as Android is problematic, but there's no denying that Google's Live Case is the most exciting option on the market right now. Though they're only available for the last two generations of Google phones (Pixel, Pixel XL, Nexus 5X and 6P), anyone with one of these devices should definitely check out Google's offering. The standard hard case covers all of the phones' most vulnerable edges and impact zones, though it won't protect them from more extreme hazards or water damage.

But who cares? Between the new artists and designs Google constantly adds to its gallery, the ability to upload your own photos or artwork to make custom cases, and the extra NFC button functionality baked in, these are hands-down the best minimalist cases on the market. Each design case comes with a matching live wallpaper to complete the look, and the NFC button can be customized to any app or action you like. 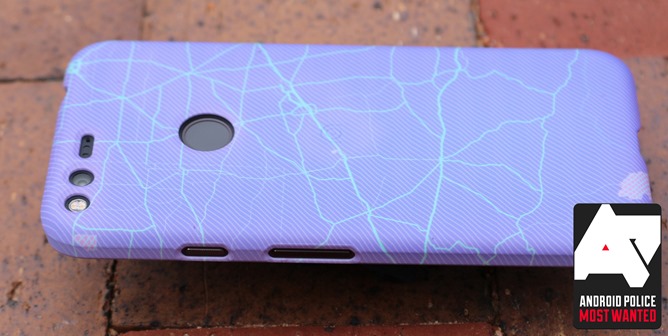 If there's a downside to the Live Case (aside from the limited availability), it's the price. $40 is a lot to ask for a piece of plastic with an NFC tag, and similar hard cases without the funky designs can be had starting at around $10. (I personally recommend Incipio's Feather series for thin hard cases on a budget.) But if you're willing to splurge a little on a fancy design for your Pixel or Nexus, you won't be disappointed.

Google Live Cases are $40 each, exclusively on the Google Store. 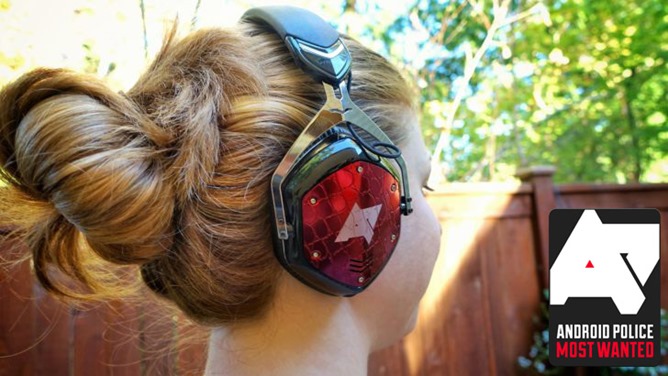 There are a lot of options for full around-the-ear headphones out there, but V-Moda's Crossfade Wireless model is our pick. These cans cost a whopping $300 retail, but great sound and a ton of mobile-focused features make them worth the investment for those who want a quality set for their phone. From the interchangeable plates to the multi-device pairing to wireless and wired operation, they cover just about every angle for audiophile-grade headphones that are great on the go.

The headphones' styling is a bit industrial and in-your-face, but the replaceable shields on each ear cup lend a degree of customization to the hardware that isn't present on competing alternatives. Extra plates can be purchased, or even made custom with a logo or design, if you're willing to shell out a bit of dough. (Solid platinum plates can be found for those with insane cash and poor judgement.) Built-in music controls - oddly not a standard feature for this segment of the market - make wireless listening easy when your phone is in a pocket or bag, though the buttons themselves are a bit mushy. 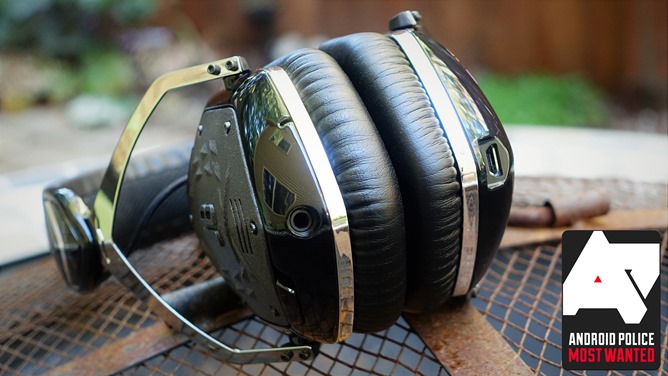 The only big drawback for this model is that it lacks active noise cancelling, which would have been nice at this price range. (For a cheaper alternative that does have noise cancellation, check out the BackBeat Pro 2 at $200.) Even so, the passive noise seal on the Crossfade is great, and almost every other aspect of the design is top-notch. 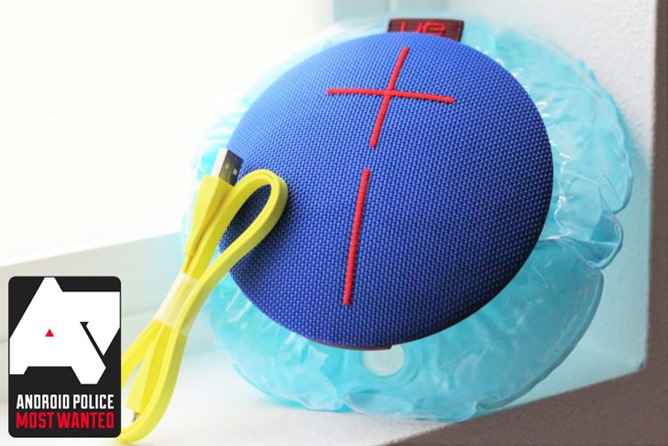 When it comes to Bluetooth speakers, you can spend as much or as little as you want. There are plenty of premium options if you'd like a speaker that never needs to go on the road, but for a nice balance of sound quality and portability, Ultimate Ears' Roll design deserves a look. The unique circular speaker is designed for maximum sound spread in a relatively tiny package. Despite being small, the Roll crams in a 9-hour battery. The second-gen version of the design offers 100-foot range and a 15% increase in volume.

The Roll 2's mobile-first design includes a waterproof casing, standard MicroUSB charging, big, finger-friendly volume buttons integrated into the cloth grille cover, and a bungee cord that comes out for easy attachment to a bag or hook. The entire package is remarkably compact and effective at just over five inches across. Like most premium Bluetooth speakers, it can be paired with a phone via the dedicated Ultimate Ears app, and joined to a similar speaker for multi-point musical output. 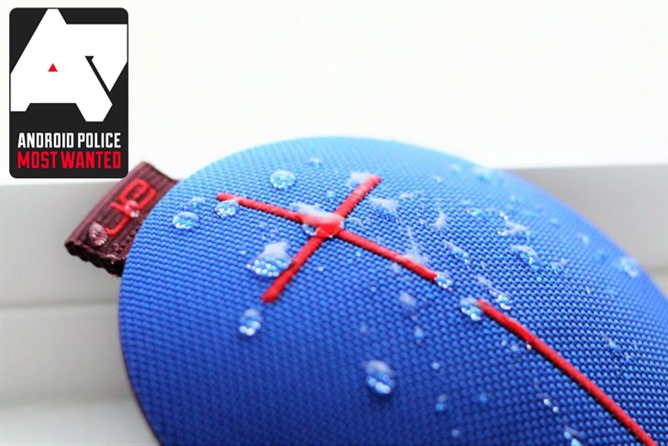 Ultimate Ears (a division of Logitech) makes the Roll 2 in a variety of colors and patterns, ranging from flat grey to bombastic purple or blue-on-green. Sound quality is solid and clear throughout the range, but hip-hop fans who want thumping bass might need to spring for something bigger, like the Sony SRS-X77. But for portable sound that beats any phone or tablet, the Roll 2 hits the right spot.

The Ultimate Ears Roll 2 goes for $99.99, with small discounts available for certain colors. 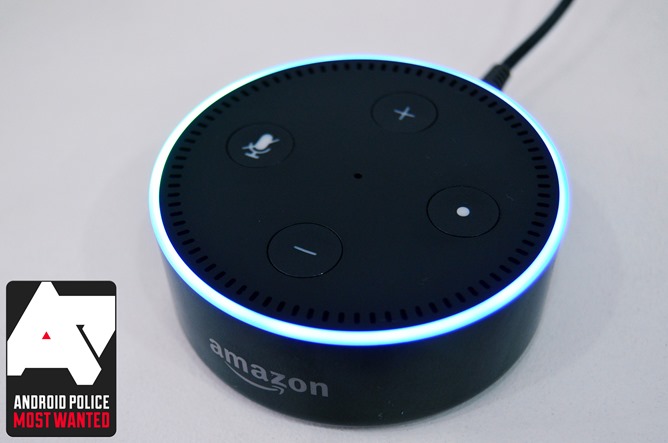 We struggled with a pick for the emerging market of home assistant speakers. Google Home is an obvious choice, and the original Amazon Echo is still pretty fantastic. But since the actual utility of these things is still fairly subjective, and at the moment Amazon's Alexa standard has better cross-device powers than Google's Assistant, we're going to recommend the Echo Dot.

The low-price alternative to the Echo has all the same features, just add your own speaker via any standard 3.5mm cable or Bluetooth. (As a matter of fact, you can get the Echo Dot and the UE Roll 2 above for less than the retail price of a full-sized Echo.) That low barrier to entry will allow users to try out this growing market segment without sinking too much cash into something they might not use after a week or two. Alternately, you can add a stylish base onto the standard Dot and turn it into a portable speaker of its own. 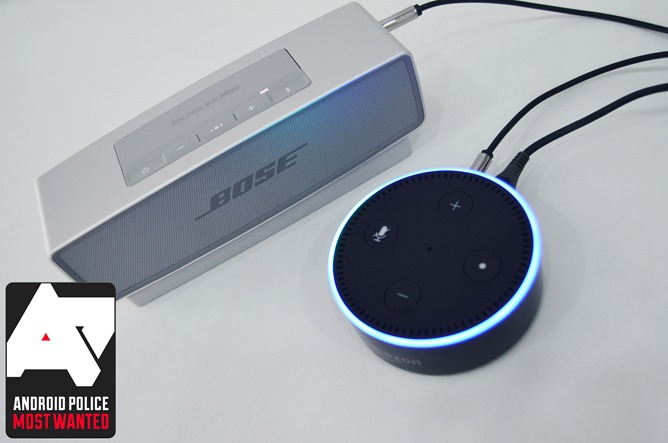 Right now Alexa works with hundreds of apps and services, with a particular focus on connected home gadgets like Nest. It's all controlled and connected through the Android app, where you can add new channels and connections as you acquire them. Google's catching up (and it's currently the better option if you're heavily invested in things like Google Play Music), but at the moment Amazon has the upper hand.

The Echo Dot costs $49.99, but right now it's discounted down to $39.99. Be aware that some models aren't shipping before Christmas.