At an event in China today, Huawei's Honor sub-brand announced the Honor Magic (not to be confused with the venerable HTC Magic). This device has the fewest corners of any phone in recent memory thanks to a curved AMOLED display and rounded chassis. Honor is also talking up this phone's AI capabilities and a new fast-charging technology.

The Honor Magic is packing an octa-core Kirin 950 SoC, 64GB of storage, 4GB of RAM, and 12MP dual cameras (just like the Honor 8). The screen is 5.09-inches and 2560x1440 in resolution with curved edges on the left and right. The 2900mAh battery is on the large side for a phone of this size, but it also has fancy new charging tech called Magic Power. It's proprietary (boo), but Honor says it charges the phone to 70% in 20 minutes or to 40% in just 10 minutes. 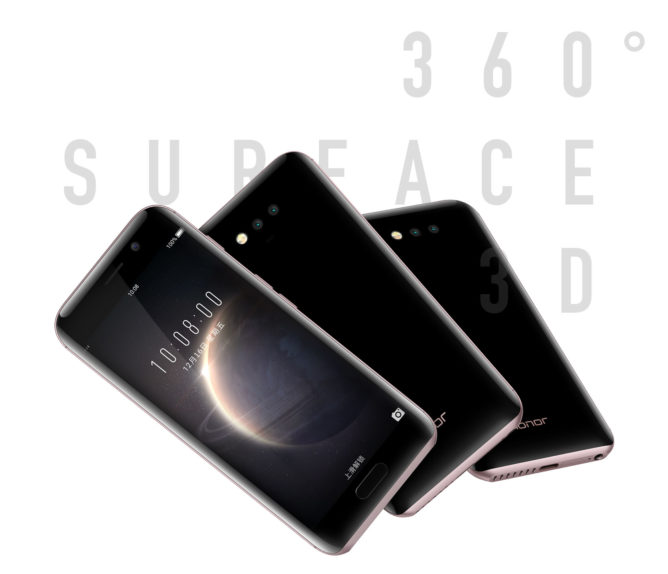 Honor says the Magic will anticipate what the user wants to do using its Magic Live system. So, you might get recommendations of apps or actions to take based on social conversations or messages. The display will also plug in with something called "Smart Display," showing contextual content as you need it. Honor uses the example of requesting a car to pick you up, then seeing the license plate pop up on the screen automatically. It might also show your digital movie ticket when you reach the theater. There's also DeepThink, which pulls up contextual information about what's on your screen when you long-press the home button. Hmm, that sounds familiar.

The AI features seem ambitious, but it's anyone's guess if it'll actually work. Google has done some similar things that are really hit or miss. I'd be surprised if Huawei is any better at it. The Honor Magic will go on sale in China today for ¥3,699 (about $535). No international release is mentioned, but Honor does have a global announcement scheduled for CES. Maybe it'll be the Magic.