Google trotted out a number of new Daydream titles the other day, one of which was supposed to be Need for Speed VR. However, the actual release of the game lagged behind all the others. Now, it's available, and the price is a little lower than what Google originally quoted. It's not cheap, but for $15 it's probably the most ambitious Daydream game yet.

Unlike other Need for Speed games, this one emphasizes the driver-seat view. You're inside the car, and can look around in VR to see the rear view mirror, dashboard, and even cars coming up alongside you. It's a very immersive experience. The controls have been simplified and made more forgiving than other NFS games as well. You just tilt the controller left and right to turn, and click the touchpad to drift. Swiping triggers nitro, which is accumulated faster by drifting.

Need for Speed VR is an EA game, which usually means lots of in-app purchases. The listing says the game has some, but I haven't actually seen any. It costs a whopping $15, so I can only hope they don't add a bunch of micro-transactions. 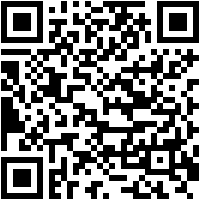