Since Google introduced material design in 2014, the questions of whether and how to use the design language on other platforms like iOS has lingered. But Google hasn't been a stranger to material on iOS. Inbox users for instance should feel right at home moving between iOS and Android, as many of the interface's core components are shared.

In an update to the material guidelines today, Google is taking a more explicit position on the matter with new guidance for bringing material design to iOS and web. The guidance definitely isn't comprehensive - it doesn't dive very deep into the more nuanced considerations for cross-platform design like platform-specific feature sets, esoteric navigation and action patterns, etc. But it is a promising step in the right direction, giving advice on things like adopting platform-specific list controls, how to format toolbars, and some brief examples of gesture controls you should or shouldn't use on each platform. The update also coincides nicely with the release of Material Components for Android, iOS, and the web. 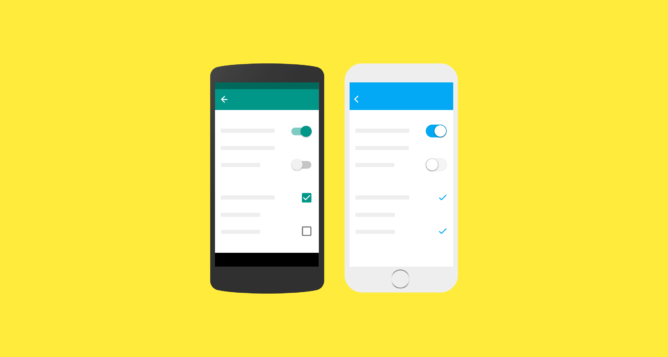 A new sub-section has also been added for launcher shortcut (now "app shortcut") iconography, providing a definition for the icons including the gray "live area," padding, and icon sizing. Of course if you want a handy shortcut, Googler Roman Nurik has provided a nice template for these icons here. 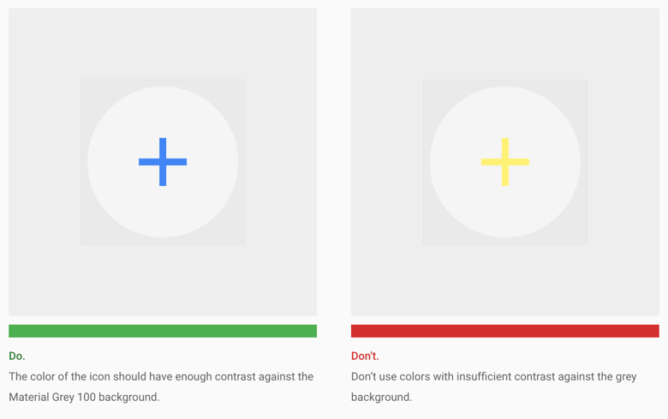 The update also includes a whole section on help & feedback, codifying some of the patterns we've seen in Google's own apps around placement, behavior, and writing style for help content and feedback options.

Other changes in the December update include "significant updates" to sections on bidirectionality, accessibility (with important guidance on sound, controls, labels, and testing), and selection.

You can read the full notes for December's update at the link below.