There, I said it before you did, but in my (terrible) defense, I was the victim of the same clickbait and so was the entire Android Police team. You know why? Because our very own esteemed boss and all-around annoying but awesome and fierce leader Artem Russakovskii decided to add this task to our article to-do list with this same clickbaity title. So we all clicked to see which app it was - we had to know! And because I love all of our readers, I thought I would give you a taste of what it feels like to work at the Android Police virtual office and to be treated the same way that we are.

There is, and I quote, "absolutely fucking crazy" in the title, which I decided to omit from mine because despite all appearances of the contrary, I still have a little dignity left. Oh and he added it to the effing "Breaking News / High Priority" list. This was a lost battle, we couldn't resist and we all fell for it. Well done, Artem, well done. I'll let you fix the mess in the comments section here, on Google+, and maybe even Reddit, because this is not on me.

Ah... I almost forgot... the app. Well, it's Super-Bright LED Flashlight. Talk about an anticlimax. I guess it is indeed a bit surprising that a flashlight app could reach 500M downloads, especially when there are so many like it on the Play Store and when the functionality is built into most Android phones. But it seems that Surpax Inc, the developer(s) behind it who didn't write any other Android app, knew how to choose a title and features that would make their app show at the top of search results and keep growing in downloads since the first release in 2012. So good on them! Not a lot of apps manage to crack the 500M download barrier and this is a milestone to celebrate. Let's all launch our flashlights and wave them at the screen in unison, come on! 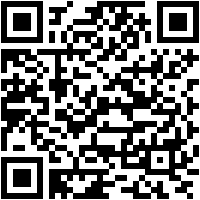