The mid-range smartphone segment is a highly competitive one these days, and one that is seeing its price boundaries ever-expanded in the quest to reach the perfect equilibrium of specifications to dollar. 2016 saw the release of what we think are five truly exceptional mid-range devices in the United States: these phones put their money where their mouth is. Devices in this category must be priced at retail under $500, but over $250 (sub-$250 qualifies for our "budget" category). Our picks for "Top Mid-Range Smartphone" are presented below, in no particular order. 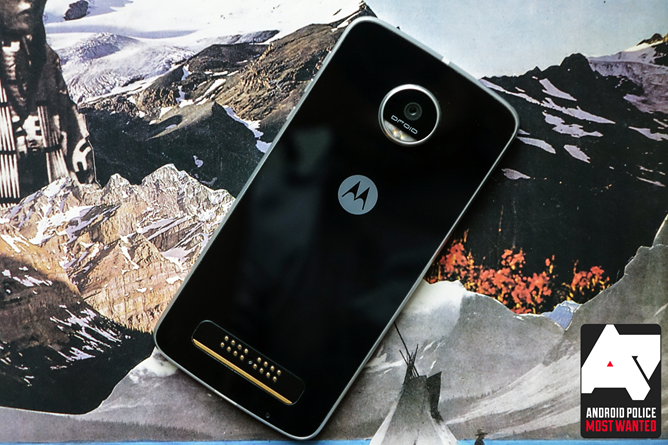 The Moto Z Play is a phone that almost came out of nowhere this year, and one that, on paper, may not have seemed all that appealing at first blush. But its outstanding battery life, great Super AMOLED display, and compatibility with Motorola's Moto Mods make it a strong player in this cutthroat segment. Yes, the chipset is a bit down on power for the price bracket, but Motorola has done an amazing job tuning this phone's performance, and a near-stock Android experience (Nougat is hopefully on the way soon, too) means a largely irritant-free OS.

Motorola has kept the meaningful features around, too - its proximity sensors for ambient display, a headphone jack (unlike its skinnier, much pricier siblings), fast fingerprint scanner, Turbo charging over USB-C, and commendable build quality make a phone that's simply hard not to like. Combine the Z Play's already class-leading battery life with a 2200mAh mod battery pack, and you have a phone that can go for days (combined with such a mod, the Z Play would have a total effective battery capacity of over 5700mAh).

Simply put, the Z Play is the phone Motorola's Z series deserved out of the gate, and with many retailers offering it for $450, it's an easy one to recommend. It also makes Motorola's Mods a hell of a lot more economically palatable. 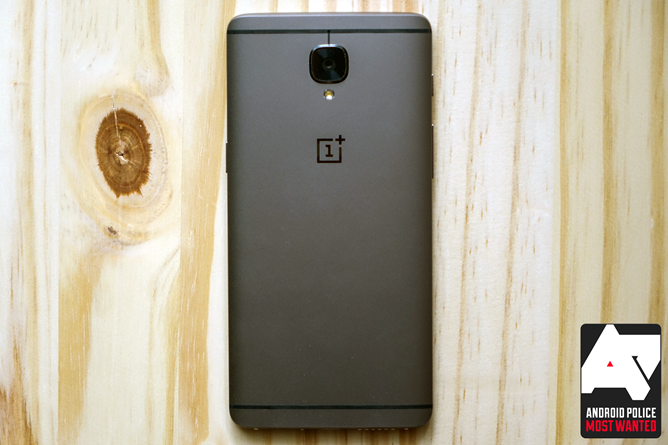 While the OnePlus 3 is no longer for sale, the 3T brings what made it great and then some - a larger battery, quicker chipset, and better front-facing camera. For $440, you get a spec sheet similar to one of a phone costing hundreds more: Snapdragon 821, 64GB of storage, 6GB of RAM, 16MP camera, 5.5" Super AMOLED display, dual SIMs, an ultra-quick fingerprint scanner, and a 3400mAh battery. We're not sure how OnePlus did it, but suffice it to say, this is an impressive phone.

Features like OnePlus's ultra-quick Dash charge and a hardware mute switch are just icing on the cake. Oxygen OS is as good as it's ever been, and the phone will have Nougat before the year ends. If you're in the $450 range when it comes to your next smartphone purchase, your search should begin with the OnePlus 3T - it's a truly phenomenal phone for the money, and even not considering the price, it's still extremely good. Enough so that we put it alongside much pricier devices like the Galaxy S7 edge, Google Pixel XL, and HTC 10 in our overall top smartphone list for 2016. 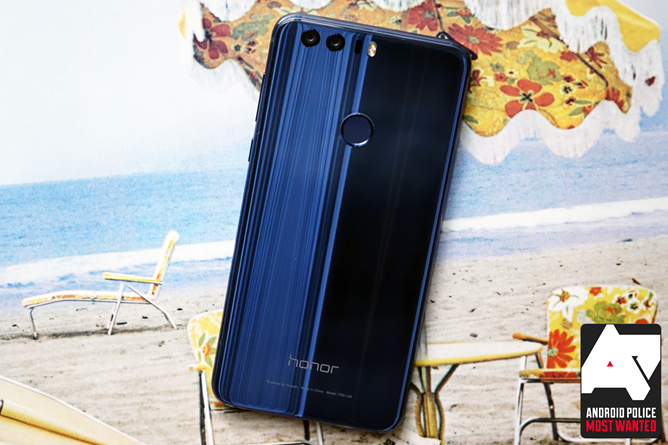 The Honor 8 is the most inexpensive device on this list, and if you're looking for a phone that punches far above its weight for the cost, it's a totally worthwhile one to consider. While it debuted at $400, the Honor 8 is now easily had for just $300, making it one of the most powerful smartphones you can buy for three Benjamins or less. Its blazing-fast Kirin chipset gives the best from Qualcomm and Samsung a run for their money, and its dual-camera setup is taken from Huawei's own P9, offering imaging performance that savages any phone within sneezing distance of its diminutive price.

Huawei's EMUI software isn't great, but the Honor 8's more compact 5.2" size also makes it a bit more pocketable than most of the other devices we're featuring in this list. It's also absolutely gorgeous in blue. A 3000mAh battery definitely will get you through the day, and possibly a good bit longer than that. It's currently beta testing Android 7.0 with Huawei's substantially improved EMUI 5.0, so hopefully an official OTA will be landing soon.

For the mobile photographer on a budget, the Honor 8 is an absolute steal. For everyone else, it's still a lot of phone for the money. 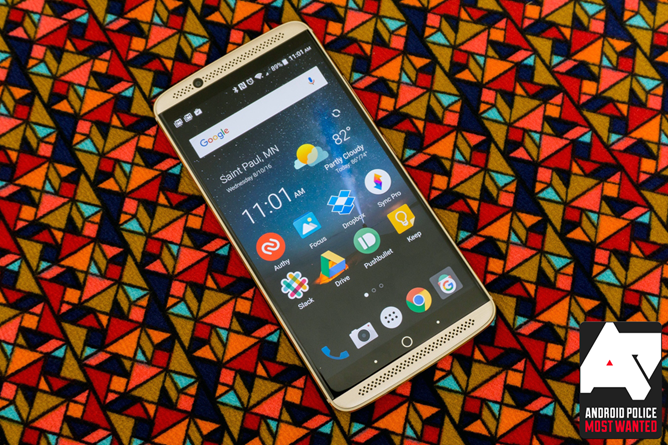 Recently updated with a new "premium" version offering 6GB of RAM and 128GB of storage, the Axon 7 is a phone that's hard to ignore by the numbers. Its 5.5" QHD Super AMOLED screen is a genuine rarity at this price point, and this is the second-cheapest Snapdragon 820 phone you can get officially in America. The standard Axon 7, with its 3140mAh battery, 4GB of RAM, and 64GB of storage is easily had for just $350 these days, though you can pony up the full $499 if you want the latest and greatest premium model, too (though we would argue that the standard edition will get you by just fine, and at a substantially better value).

ZTE's additions to Android can be controversial, but the phone has seen some love from the custom software community.

ZTE has an official Nougat beta for the phone, too, indicating the company is increasingly taking its US reputation more seriously, likely to compete with OnePlus and the potential entrance of Huawei into the American market. As such, ZTE's products are in an upswing right now, and the Axon 7 is easily the best phone they've released yet. 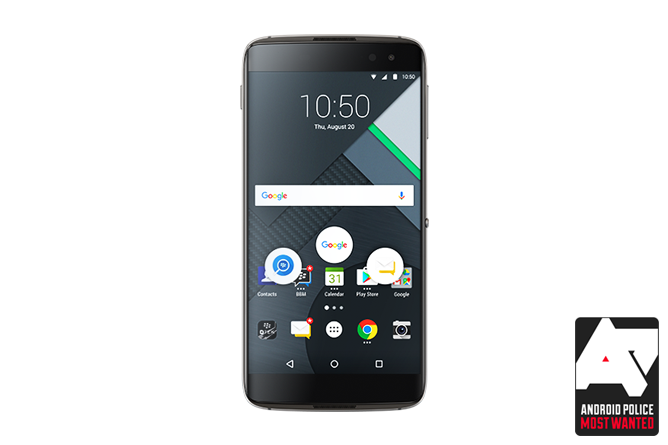 BlackBerry got off to a rocky start in Android with the underpowered, overpriced Priv, but the DTEK60 sees them putting in a real effort to right the ship. At $499, it's the most expensive phone on this list to get into, and won't win every specification matchup. But BlackBerry's Android is uncluttered and well-supported: the company takes providing monthly security patches seriously, and has made solid efforts to keep its hardware up to date.

The DTEK60 is technically a TCL phone (TCL owns the Alcatel brand), but it runs BlackBerry software. A Snapdragon 820, 4GB of RAM, a 21MP camera, 32GB of storage, 3000mAh battery, and a 5.5" Super AMOLED QHD display track more closely to the flagships of early 2016, but are still extremely respectable given the price of entry.

The DTEK60 blends the well-trusted security of BlackBerry, a clean Android, and the "budget flagship" business model - a combination that has won the DTEK60 extensive praise. For the buyer looking to get a top-tier smartphone experience without taking a chance on an unknown brand, BlackBerry's newest handset is easy to recommend and low on downsides.