Of the national languages in Switzerland, I only speak French, so excuse me if I can't write that sentence above in German, Italian, or Romansh. But I'll translate the general sentiment to English for those of you who are still reading me: Google Opinion Rewards is now available in Switzerland.

According to a couple of tips we've received, the app is now downloadable from the Play Store in Switzerland and users can sign up, start answering surveys, and earn a little bit of cash for each of them. Four languages are available for surveys: French, Italian, German, and English.

If you live in Switzerland, grab the app from the widget below and start saving up some cash for your Google Play purchases.

It appears that Opinion Rewards is also available in Austria. Thanks rumkuhgel and Simeon M. 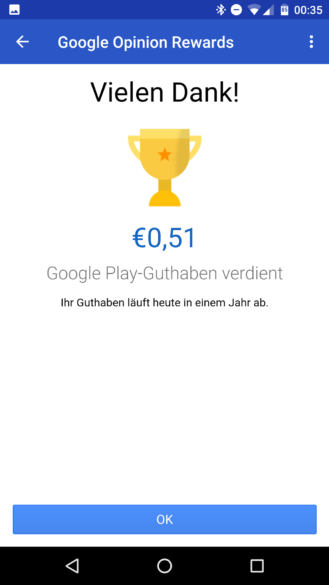 Most Wanted: The top smartphones of 2016