If you're anything like me, you've been eagerly looking forward to the day we might finally have a way to jump short spans of time in the YouTube app. Don't get me wrong, the seek bar is great for videos if they're only a few minutes in length. However, it's not so effective if you're watching a 2-hour video and want to rewind 20 seconds to rewatch the last thing that happened.

Signs of rewind and fast forward functionality began appearing in YouTube more than a year ago, and a small number of people even got to use it, but that turned out to be a false start. New evidence turned up several weeks ago, suggesting development had started over with a new gesture involving double taps on the left or right side to skip 10 seconds in either direction. While this functionality wasn't operational in that version, it actually can be activated in the recently released v11.47, albeit only for a short time.

Discovered by reader @YTSecurity, the YouTube app can be temporarily coaxed into allowing the double tap gesture to work. To get it working, you'll have to clear data for the app. Unfortunately, this means wiping out local settings and any videos that have been downloaded for offline viewing, and you'll also get a few of the tutorials again.

To do this, open the Settings app and tap through Apps –> YouTube –> Storage and press the 'Clear Data' button, then press OK. Launch YouTube and start a video. Double tap on either the left or right side of the video player and be careful not to hit one of the player controls that will appear with the first tap. 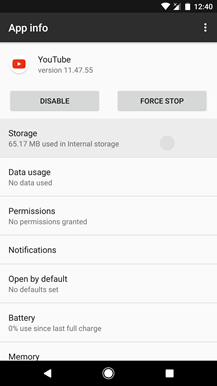 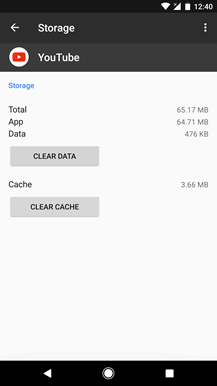 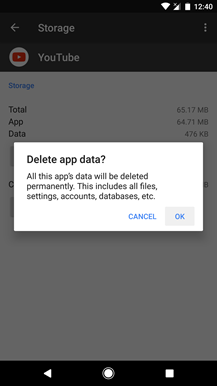 This process worked on any device I tested and for a couple of other people, but some members of the Android Police team can't get it working, so your mileage may vary. Even when it does work, it seems that a flag will eventually sync with the device and the ability to skip around will be lost within a few hours.

I doubt this implementation is finished quite yet. The arrangement of the animation above the "10 seconds" text looks a bit mashed together – I assume the spacing will be increased a little bit – and there's no sign of the educational overlay that was obviously planned to teach users how to use this feature. There may also be plans to add some transition effects and animations to make the skipping look a little more fluid. Nevertheless, this certainly could (intentionally) roll out to a wide audience in an upcoming release.