Google likes to continually tweak the interface and features of its tools and apps, especially the most widely-used ones. Today an Android Police reader spotted new search suggestions in the Play Store, in a way that's familiar for general Google searches but hasn't actually been seen on Android's app listing yet. The new UI element shows suggested additions to your search term after the query has been entered - not to be confused with search suggestions that expand from the bar itself.

We've seen this sort of suggested add-on search term from Google before - it's especially common in Google's Image search, where additional terms can help with specificity. The element in the screenshot sent by AP reader Michael shows the Play Store's green background on the terms, making them easy to parse and select with a finger or thumb. Similar results come from some image searches on the web, whereas others trigger more simple text suggestions. Check out the comparison below: left is the new Play Store look, center is the similar design in Image Search, right is Image Search with text-only suggestions. 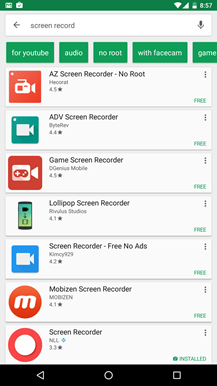 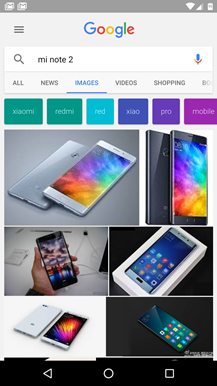 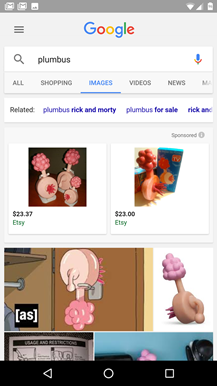 We've only seen this UI from a single user so far - no one at Android Police has been able to replicate it. As usual, Google is probably testing user engagement with a limited server-side change, so we may or may not see these search suggestions roll out to more users later.