Welcome to the latest entry in our Bonus Round series, wherein we tell you all about the new Android games of the day that we couldn't get to during our regular news rounds. Consider this a quick update for the dedicated gamers who can't wait for our bi-weekly roundups, and don't want to wade through a whole day's worth of news just to get their pixelated fix. Today we have a unique RPG-strategy game, a shooter/runner that controls time, a pixelated strategic combat title, an adventure in a corn maze, Game Boy and Atari-style throwback games, and a sci-fi text adventure. Without further ado:

Hero Generations attempts to mix PRG elements with grid-based strategy games like Civilization or Advance Wars. But it also expands the basic grid gameplay with more varied elements in a fantasy setting, like crafting, base-building, finding a spouse and raising a family before your roguelike permadeath. Each turn represents a year in your character's life, so choose carefully. The cartoon art is charming, and while it's a little pricey at $5, there are no in-app purchases.

Hero Generations is an innovative and award-winning Roguelike/4X Strategy game where every turn is one year of your life. It’s been called “the offspring of Sid Meier's Civilization, Jason Rohrer's Passage, and The Legend of Zelda." Explore, find a mate, build a home, and raise a child before you die to keep your legacy going. Hero Generations is simple yet deep: 4X Strategy on the individual level. Each turn is a meaningful choice, without the tedious micromanagement. 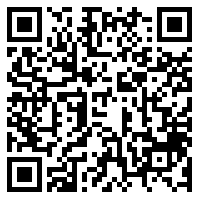 If you've played the indie PC game Super Hot, imagine the same concept made into a top-down shooter. In Time Locker, the game's playing field, enemies, and bullets all freeze when you move your finger off the screen, only resuming once you start to move again. It makes for an interesting mix of frantic screen-filling madness and slow, methodical choices. Graphics are simple polygons, and power-ups allow for more powerful shooting in the simple system. It's free with a $3.50 in-app purchase for a coin booster. 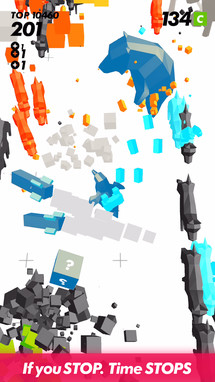 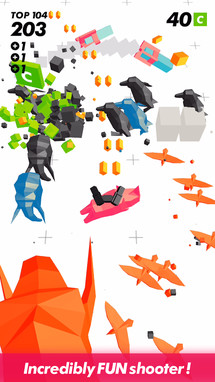 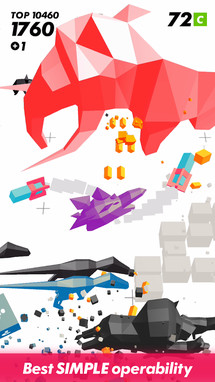 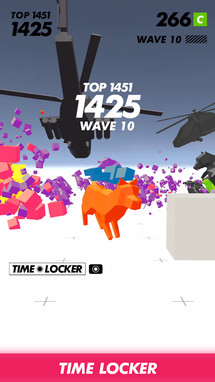 The tiny identical combatants in Defend Your Turf look a lot like old-school Pokémon avatars, but the gameplay is more like a strategic take on Streets of Rage. You manage a group of pixelated gangbangers, splitting them up and positioning them ideally to defeat the nearly-identical rival gang. Cover, weapons, and environmental hazers keep the stages interesting. Defend Your Turf is free with a $3 ad-free option. If M. Night Shyamalan's Signs was reimagined as an SNES game, it might look like this one. You play a farmer who gets lost in the maze of his own corn, necessitating a top-down adventure to escape. Gameplay is somewhere between Zelda and Pac-Man thanks to the maze-based levels, inventory puzzles, and compulsory exploration. The story plays out with the aid of a few monsters and a lot of exposition. It's $2 with no in-app purchases.

Inspired by crop circles, Eternal Maze is a puzzle adventure game about a farmer who is trapped in corn mazes. Find the map, find the monoliths, avoid the dogs and survive to escape from the mazes. A leading investigator in the field of contacts with the alien civilisations, Dr Andrew Mystyngton found something in common among the people who have lived all around world in different times. Tower Of The Wizard

Tower of the Wizard is one of those games that slavishly attempts to replicate an older style, in this case the monochromatic low-res look of Game Boy platformers from the early 1990s. Gameplay takes after Castlevania quite a bit, with a variety of enemies, a large, sprawling map, and big dramatic bosses. It's free with no in-app purchases, but keep in mind that at the moment it's in "unreleased" form (beta).

The mad Wizard in his tower has sent his minions to terrorize the countryside. With the army away in foreign lands, a lone stranger enters the Wizard's tower to end his menace. You play as a lone adventurer who seeks to put an end to the threat of the mad wizard. Navigate a challenging dungeon, filled with traps and foes. Use the map that you will pick up early on in order to find various equipment, and use them in turn to traverse the myriad obstacles the tower presents to you. 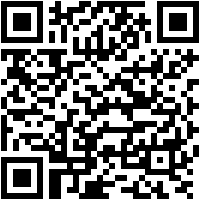 Speaking of retro games, this one goes back even further. Retro Winter Sports 1986 combines an Atari aesthetic with a few stylistic choices from movies like Ski School. A collection of minimalist Winter Olympic events are presented in super-simple fashion (is this the first time a curling game has ever been featured on the site?). Two dollars with no in-app purchases grant access to curling, bobsledding, speed skating, slalom, ski jump, and the biathlon.

Do you remember the good old home computer sports games? Relive your youth in this beautiful pixelated remake of the evergreens. Participate in the 1986 winter sports tournament and compete against other world-class athletes for international recognition. Six different, action-packed events await you in a beautiful retro-style winter setting. Choose the country you want to represent from 12 different nations. The Station is mostly a text-based adventure, though it's infrequently supported by a few illustrative graphics. You play a stranded passenger on a space station who's suffering from that age-old narrative device, amnesia. Players have to navigate the station to discover their fate, making some basic choices and solving puzzles (including some linux-based brain-teasers) to get to the end of the story.

You’re in space. But why? And how did you get there? “The Station” is an interactive sci-fi novella set in turbulent times, which the protagonist has a hard time remembering. It's an orbital rabbit hole tale developed by gold extra with Causa Creations' support. Text by Georg Hobmeier and Frances d’Ath, Code by Patrick Borgeat, Sound by Juan A. Romero. 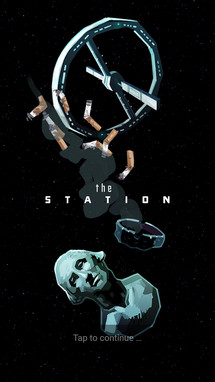 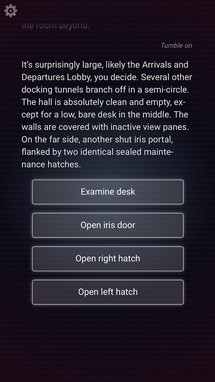 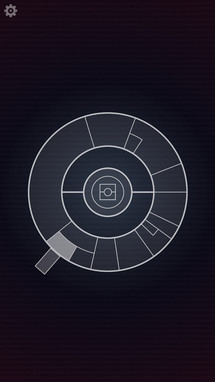 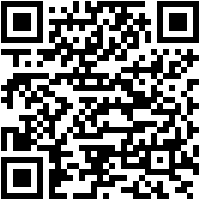 Google is testing new search suggestions in the Play Store