One of the most common source of inquiries or complaints we receive from readers is a phenomenon known in the world of smartphones as "boot-looping." After installing an update or patch to a smartphone, the phone then proceeds to attempt to restart itself over and over, endlessly refusing to actually boot up. Phones with "boot loop" problems will attempt to restart endlessly, often until the battery is completely drained. In the event of such a problem, there are a few things you can do, but do note that the "boot loop" is often a fatal condition for a device when common remedies fail to resolve it.

Why does this happen?

So, why do smartphones boot-loop? There are a variety of potential causes.

These will cover the most common causes of the "boot-loop" issue. The second one is, based on our observation, probably the most likely reason you're here: your phone installed a new system update / upgrade, and after the installation, the phone rebooted over and over. Your instinct is obviously to blame the update: something has gone wrong, and the update your manufacturer or carrier provided is somehow "breaking" your device.

Unfortunately, a system update leading to boot-looping may only be symptomatic of an underlying problem with your smartphone, not necessarily the cause in and of itself. In the event your smartphone's internal storage becomes damaged or corrupt, it's entirely possible that the problem can go unnoticed for months - until you apply a system update. That update could then attempt to write information to parts of the storage that only get written to during such an update, and if you have bad sectors in those areas, you could end up with a critical failure that renders the device unable to start up. Simply put, in such cases, there generally is no "fix" - you either replace the smartphone's entire main board to replace the bad storage, or replace the smartphone.

Equally unfortunate is that there is really no good and reliable way to know if your smartphone is susceptible to such a failure before it occurs. In most cases, a boot-looping device is best remedied by simply getting a new phone. Some devices have historically been more susceptible to these issues than others (LG is notably notorious), but when boot-looping does occur, unless you have a reason to think you did something to cause it, there are rarely any "one-click" remedies available.

Step one: Contact the manufacturer or your service provider (carrier) 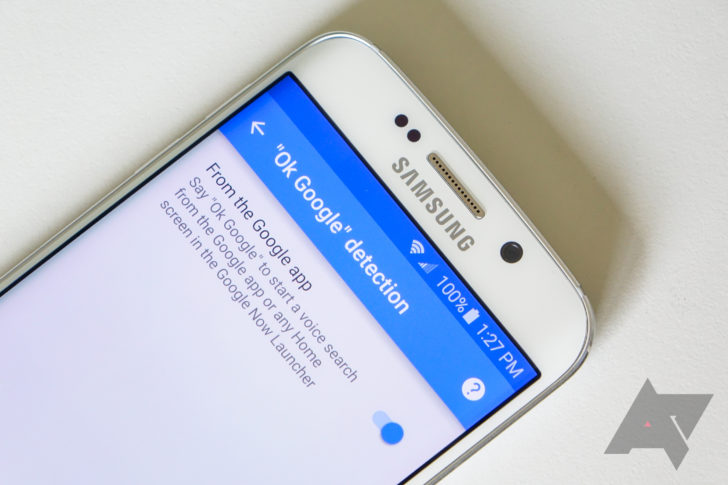 Your smartphone's manufacturer (i.e., LG, Samsung, HTC, Huawei, ZTE) or, if your purchased it from your service provider, the carrier (i.e., Verizon, AT&T, Vodafone, Three), may be the best chance you have at resolving a boot-loop, at least from an economic standpoint. Most smartphones sold come with either a one or two-year manufacturer's warranty.

The manufacturer will likely advise you of some first steps to take: booting the phone in "safe mode" for example (process varies by manufacturer) or, if that fails, conducting a factory reset of the phone. The manufacturer can guide you through the specific process for this for your device, though guides for most common brands are available across the web, and the process is fairly simple for most phones. Booting in "safe mode" successfully when a device is otherwise unable to start likely means a third-party application is causing your device to be unable to boot. Uninstalling recently-installed apps while in safe mode is the best next step in this case. If this does not work, a factory reset should be attempted - but note that this erases all data on the phone. This can address boot-looping in some cases.

Boot-loop problems not resolved by these steps will often necessitate repair or replacement of the smartphone in question, because there is often little the manufacturer or carrier can to do the diagnose the problem your phone is having when the phone refuses to start.

To take advantage of the warranty, you may need your device's serial number, which should be located on the original box the device came in (abbreviated often as "S/N") for the manufacturer to determine the device's warranty status. Unless you tampered with the phone's software (for example, installing a custom ROM) or there is evidence of water damage, boot-loop problems are likely to be accepted as valid claims if you are within the manufacturer's allowed warranty period. Your device may not actually be repaired, though: there is a good chance that the manufacturer will send you a "refurbished" (used and restored) device, especially if your smartphone is older.

It is also very unlikely that the manufacturer will be able to save any data from the boot-looping smartphone in the event they accept a warranty claim. If your boot-looping device contains extremely critical data, it may be time to look into a professional data recovery service. These are exceptionally costly (anywhere from hundreds to thousands of dollars depending on the amount of data and complexity of the job), and will often require mailing in your device to a recovery center. One such US-based service, for example, is DriveSavers (we do not endorse or specifically recommend them, but they are a known legitimate firm).

If your device's warranty is expired or is not eligible for use in your country because you purchased it overseas or because the device is not officially supported in your country, unfortunately your options may be more limited.

If your warranty is expired, the manufacturer of the phone may offer to allow you to send in the smartphone for evaluation, then contact you with an estimated cost of a repair. The cost of repair could be several-hundred dollars, or the manufacturer may not be able to repair the smartphone at all. As such, if your warranty is expired, there may not be sufficient economic justification for repairing a boot-looping smartphone, especially if it is older. If you are considering repairing a phone that is boot-looping, it is wise to research the current resale value of a device in similar, but working, condition to your own. If the cost of a working used device is similar to or less than the cost of the repair, it is going to be a better idea to simply replace the phone. Smartphones generally do not retain much resale value in the long term - a phone that is two years old, even in perfect physical condition, is likely worth at very best a third of what it was brand-new. 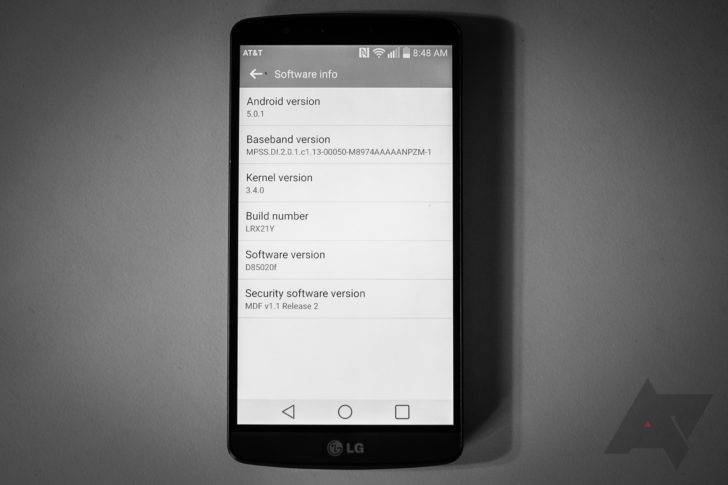 In the event your manufacturer's support is unable to resolve the boot-loop or the device is out of warranty, you are unfortunately going to find your options rapidly dwindle. The best course of action is to research and attempt to ascertain if the circumstances under which your smartphone began boot-looping are commonly experienced by other owners of this device.

From there, good search queries could be "<model number> boot loop" or "<model number> brick" ("brick" means a phone that will not start at all, but could refer to boot-looping as well). It is possible that your issue is a known one with an available resolution - though more likely than not, you're going to find people with the same problem looking for a way to fix it, and generally without success.

If you have not tried "safe mode" or attempting a factory reset of the phone, now is the time to do so. Guides for most brands are readily available online, and the process for both is generally simple. If your phone isn't able to boot into safe mode and a factory reset either fails or does not resolve the boot-loop, it's time to look at repair or replacement. 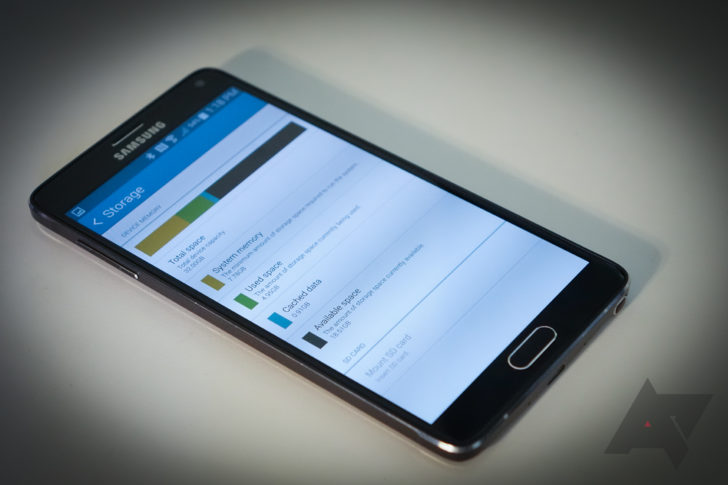 If your manufacturer and carrier provide you no viable course of action for repairing or replacing your device (or in an economically sensible way) and your own research does not yield a potential fix, your remaining options are not extensive.

You could seek the services of a third-party phone repair service. Often, such businesses can be found locally. While often cheaper than using the manufacturer for an out-of-warranty repair, the downside to this approach is that you could risk adding physical damage to the existing functional problem with your smartphone. Many phones today are assembled with lots of glue, adhesive, and fragile glass components that make disassembling them a daunting task even for professionals. In the event an independent repair shop suggests that the device must be physically disassembled and parts inside it replaced, consider the economic and practical ramifications of your decision carefully. You will likely still lose all of your data that was not backed up, and there's no guarantee the repair will be performed in a way that does not damage your phone or risk other potential problems down the road.

You have also probably considered selling the broken device in an attempt to recoup some of your costs for replacing it. Use caution here. Even if your device is unable to boot, that does not mean a determined data thief or skilled technician will be unable to access the information on it. While sensitive information like credit cards and passwords are generally safe if your device had a lockscreen set (i.e., a PIN, pattern, password, or fingerprint was needed to access it), you can never be completely sure what data someone could manage to extract from your broken device, particularly if it is older. Of course, this is your risk to take, and in most cases would probably not lead to data theft, but the possibility still absolutely exists.

Beyond that, your available courses of action are the more implicit than explicit, and it's probably time to start shopping for a replacement.

Kodak Ektra camera phone now on sale in Europe for €499