I have never understood why apps and games are grouped together on the Play Store. They're both software, but beyond that, there's really nothing there in common. Bundling them together also creates a lot of issues: top grossing or trending charts are a jumbled mix of apps and games, and games have had to use sub-categories to organize everything. Separating the two into their own main sections just makes sense.

And it looks like Google is finally, freaking finally, toying with the idea as well. One of our readers tipped us with this new layout that gives apps and games their own distinct upper-level sections, next to Entertainment (which also shows up as Music, Movies, Books for some users). This does seem to be a very early work in progress though, because the side menu still shows Apps & games as a combined section. 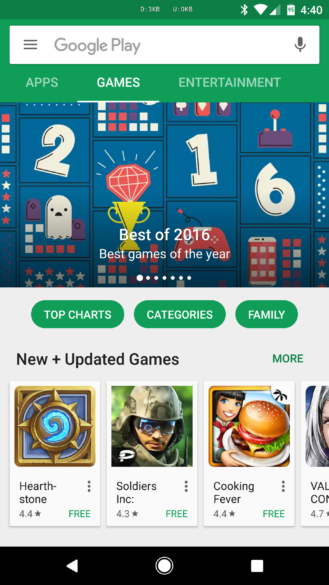 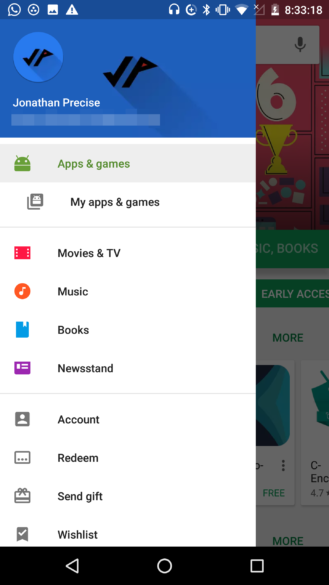 Like all server-side changes, the layout isn't showing up for everyone just yet — for example, Artem can see it, but I don't have it yet. This is one change we can't wait to roll out to everyone.

[Updated app] iHeartRadio All Access is a new $9.99 on-demand radio and music subscription ...