Samsung is no stranger to coming up with unique colors for its smartphones - the S III came in Pebble Blue, the S6 edge debuted with Emerald Green, the Note5 and S6 edge+ launched with Silver Titanium, and the Note7 (RIP) brought us Coral Blue. Samsung has been steadily adding striking colors like Coral Blue and Pink Gold to the S7 edge, and the latest of these is Black Pearl. It's... black. Very black. 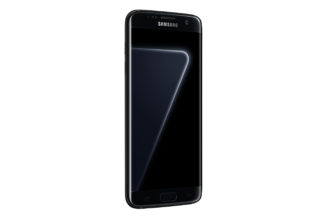 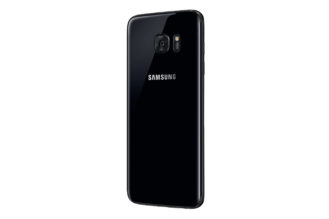 According to Samsung, the glossy Black Pearl is "modern and striking," "radiates quality and luxury," and "captures the essence of the color in its purest form." You can decide for yourself if you agree with Samsung's PR speak, but I think the completely blacked-out S7 edge looks pretty damn good. (To be fair, the S7 edge never had any real problems in this arena.)

This color was leaked around 24 hours ago, albeit with its name dubbed backwards as "Pearl Black" (this happened often with Coral Blue as well), but it's now official. It will come exclusively in a new 128GB variant, which no S7 edge is currently available as. The previous leak stated a December 9th release date for South Korea; Samsung indicates that it will launch on that day, but in "select markets."

Alternative title (by Cody): Samsung plans to ship an S7 edge in Black Pearl, but this one will come without the curse