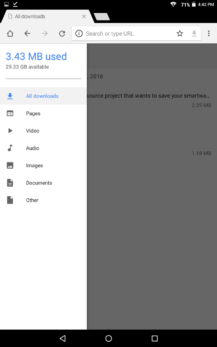 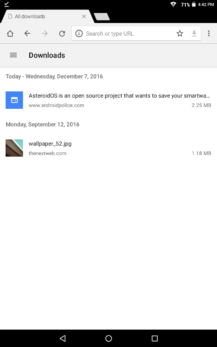 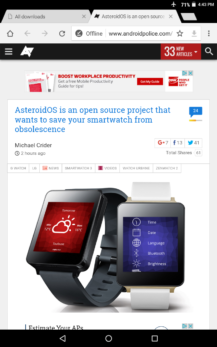 Saving pages for offline use is as easy as pressing the download button in the Chrome menu, and they will remain on your device until you manually delete them. You can also easily download HTML5 video and audio by a new button on the player controls, as long as the site hasn't implemented custom controls and the content is not a stream. 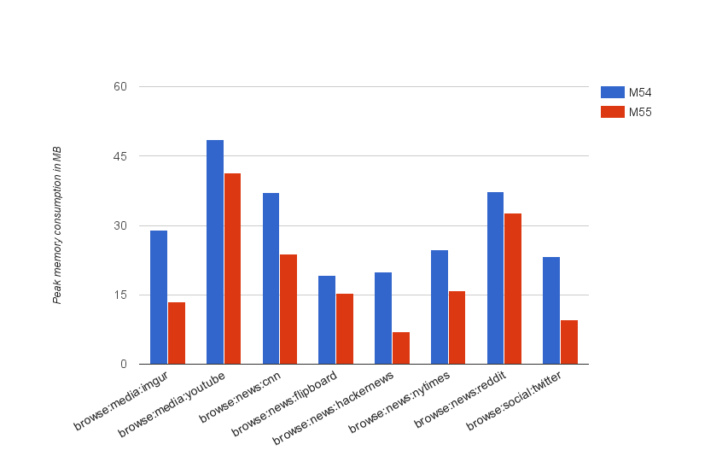 Chrome's sandboxing feature, which isolates every tab and extension in a separate system process, inevitably leads to the browser eating up memory. Chrome 55 on Android includes some of the performance improvements from recent Chrome desktop releases, including optimizations to V8 (Chrome's JavaScript engine).

The full explanation is rather technical, but two changes are important. Firstly, V8 changes how JavaScript garbage collection works based on how many active elements are on the current pages. This, combined with more aggressive memory compaction, shows a 50% average drop in memory usage.

Secondly, V8 in Chrome 55 has a number of improvements to zones - the way V8 allocates memory. In previous versions, V8's background parser (the process that runs scripts while pages load) would keep zones alive long after the scripts were done loading. Now, the zones are immediately freed from memory once the scripts are finished, reducing overall memory usage.

There are a few other changes yielding minimal improvements, but those are the most important one. The enhanced garbage collection will only be enabled on devices with under 512MB of RAM, but the zone improvements are available on all devices.

However, this API is very much in the early stages. It is only available as an Origin Trial, which means sites have to opt-in to having this feature enabled until the API is complete. To prevent malicious pages tricking the user, only HTTPS links can be shared and can only be triggered via a user gesture (like pressing a button).

Chrome 55 not only brings the above changes for end users, but also a host of new abilities that web developers can take advantage of. Here are the most noteworthy additions.

Canadian Galaxy Note7 devices will soon be banned from mobile networks and have both WiFi and ...