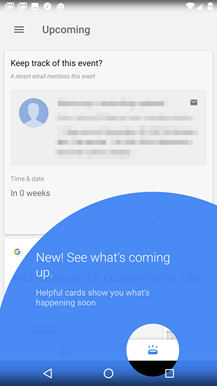 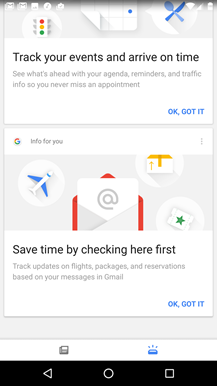 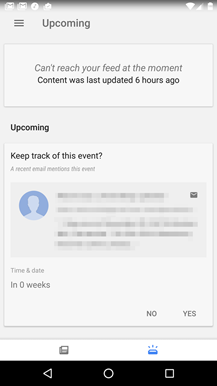 The Upcoming split is really just a way to keep the increasing number of contextual cards in the Google search app under control. With the new user interface, general information pops up in the main tab, while information pertaining to specific events (curated from your connected Gmail, Calendar, and search data) populates the Upcoming tab. The blog post specifically mentions package delivery and travel info in this context. At the time being it seems to be a little sparse for most users - it may get more robust as Google tweaks the auto-generation algorithm. New items in the Upcoming tab will be highlighted with a red notification dot on the icon.

US users will start to see a new card in the primary "Feed" tab, allowing them to select specific topics of interest (and disinterest) without doing manual searches or diving into the settings menu. This should go live for other territories as well in the near future. The changes seem to be rolling out as a server-side switch, so there's no need to hunt for an updated APK - clearing the Search app's data might get the new UI to pop up if you're especially interested.