Modern Family's resident nerd and geek, the awkwardly and adorably funny Phil Dunphy is no stranger to hot gadgets and new technology products that we all drool over. In the last Modern Family episode, Phil seems to have decked the Dunphy house with some Google love: there's a Google Home right on the kitchen counter and it's not just there for show, it's also part of the plot — albeit a very small part.

Toward the start of The Alliance episode (season 8, episode 8), Claire talks about the romantic Italian movie she and Phil watched the evening before. Phil then turns toward Google Home and says, "OK Google, play the soundtrack to Spaghetti for Pepe." The nice female voice in Home answers him and starts playing some Italian-sounding music. 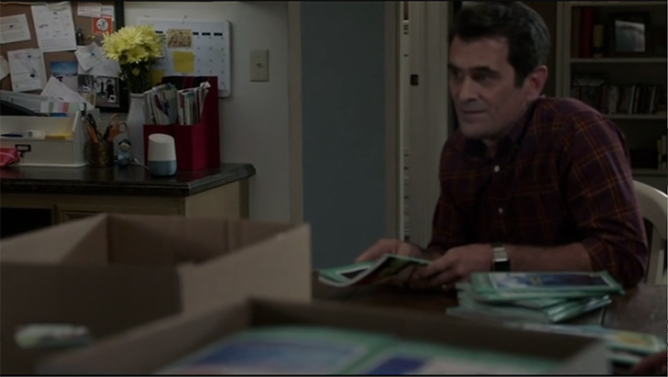 Home doesn't figure again in the episode until the last scene when Phil, Alex, and Luke are flipping through some old magazines Phil picked up for cheap and the kids discover the magazines are quite old. In typical fashion, Phil tries to explain why he likes them, "these magazines harken back to a time when man had to forage and fight for his foods. You guys have it too easy nowadays, you just lay around eating snacks saying OK Google, dim the kitchen lights..." then he stops, because what we has giving as an example is interpreted as a command by Google Home, which does indeed dim the kitchen lights. Cue surprise with a little confusion on Phil's face.

Knowing her dad too well, Alex gives him permission to go ahead and try other commands. Phil's craziness roams free and he says, "OK Google, show me a video of a kangaroo... playing badminton with... a pirate," and we see the living room TV is now on while Home answers with, "Sure, playing on YouTube." You can imagine Phil's reaction. Better yet: 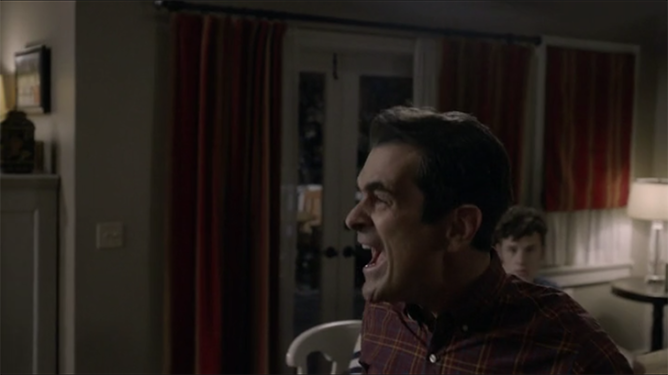 There are screams of joy, loud laughter, and some running and jumping involved.

It's an obvious product placement without being overly annoying and Phil's enthusiasm is cute enough to keep Google Home in people's minds after the episode's end credits roll.

Google commits to 100% renewable energy for its global operations, starting in 2017