The name Prince of Persia should be familiar to many gamers. The series has been around a long time, seen many reboots and remasters, and platformed onto several... well, platforms. Chronologically set after Prince of Persia Classic, Shadow & Flame introduces some new combat and movement mechanics optimized for mobile. It is currently $0.10 in certain countries (yep, another one of those). Unfortunately for us United States fans, the U.S. is excluded from this sale.

A 2.5D side-scroller, Shadow & Flame continues the story of the former prince as he flees from those who betrayed him. The game features fourteen levels and five environments of impressive 3D graphics. The controls have been overhauled to offer a gesture-based setup, which is great for the touchscreen. Moga controllers are also supported.

So far, this sale is good in France, Germany, Spain, Italy, U.K., Australia, and Russia. 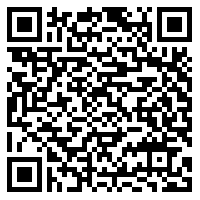 Google announces Android Pay holiday reward promo in the UK, plus holiday animations for everyone