Google released the Google On app last year alongside the OnHub, but the OnHub is yesterday's news. The hot new router in town is Google WiFi. Devices are going to be hitting virtual and physical store shelves in a few days, and the On Hub app is being updated to prepare. It's no longer called "Google On," though. It's Google WiFi now.

The new app (pictured above) is still recognizable, but the interface has been altered considerably. It now has three tabs across the top that offer quicker access to the app's various functions. The Google On app was always pretty convoluted with how you accessed different features. The updated app also comes with a new icon that is... not the greatest I've ever seen.

In addition to having support for Google WiFi, this app still allows you to manage OnHub devices on your network. You can even add Google WiFi nodes to your network to mesh with OnHub. There's support for the new Family WiFi Pause feature too. That lets you temporarily disable internet access on certain devices on a schedule.

Some images of the old Google On app are below for reference. The update is rolling out in the Play Store, but you can grab it from APK Mirror right now. 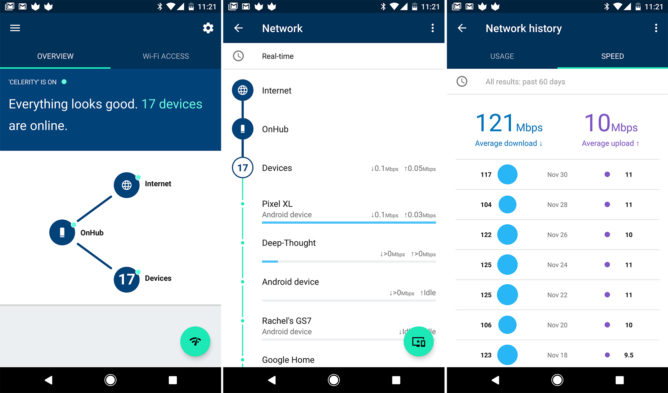 Minecraft Pocket Edition 1.0 will add an endgame and a dragon, among other goodies