A couple of weeks ago, Gmail v6.11 began its rollout with a relatively small but divisive change to the way quotes are handled in replies. It turns out that there was a much bigger and more important change that went completely unnoticed. Google just posted a changelog on the Play Store to point out that you can now paste content into Gmail and all of the formatting and images will remain intact. Version 6.11 is still current, but there have been a couple of minor bug fix releases since then, so there's also a download link at the bottom if you don't already have the absolute latest update. 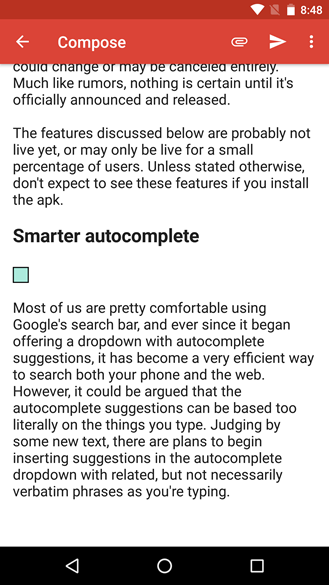 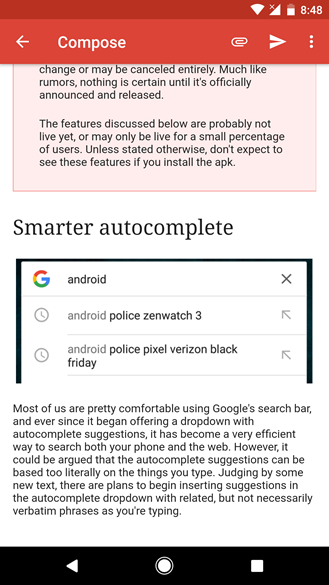 The Android operating system supports a feature often referred to as "rich copy and paste." It's basically the ability to copy text in one application and paste it into another without losing the formatting or special objects. Both the source and destination apps must support the feature.

In previous versions, Gmail could only paste text with basic formatting (e.g. bold, italic, etc.) and had some basic concept that special things like images were in the original content; all other attributes were ignored. You can see the results in the screenshot on the left. The new version can now recognize all of the formatting copied from the original web page, including the image, a border with background colors, and some header text. Once this text is pasted into the app, it can be further modified inline.

Also as a follow-up to the earlier post about quoted replies – it should be noted that the previous versions could show html emails in replies, but they couldn't be modified without converting to a basic text version and erasing all of the formatting. As of v6.11, the quoted replies can be edited inline.