There are more than a few racing games available on Android, but more technical racing simulators are a bit hard to come by. That's probably because mobile controls and hardware limitations don't appeal to developers (or players) hungry for painstaking accuracy. But today we get a new racing sim, from Codemasters no less - the developer of such franchises as GRID and Dirt, among many others. F1 2016, originally released on the PC and consoles in August, now has a full Android version on the Play Store for $10.

F1 2016 offers most of the standard bells and whistles from the genre, including quick race and season mode, licensed driver, car, and track likenesses, and a custom season mode that lets players craft their own racing circuit from the real Formula One locations. 22 drivers across all 11 racing teams from the 2016 season are included, but unfortunately the Android version of the game doesn't offer any multiplayer options.

A lack of multiplayer isn't the game's only problem. You'll need a high-powered phone or tablet to make the most of it - my aging Nexus 6 saw choppy performance, even with the lowered graphics of the mobile version of F1 2016. (Oh, and gameplay on my phone, in the header image, doesn't look anywhere near as good as the screenshots on the Play Store, above. I think someone just copied some images from the PC and console marketing packet - the video looks much more accurate.)

There are four control schemes included, but I tested with a Bluetooth controller, and the game didn't respond. That's a sinful omission for any racing game, but on a "simulator" it's downright shameful. At least the premium price tag doesn't come with any ads or in-app purchases. 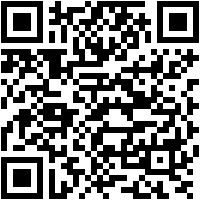