We've seen a few tablets designed specifically for children, though "designed" can sometimes be a bit of stretch. Nabi's hardware is kid-focused from the ground up, but Amazon and Samsung (two of the biggest tablet makers on the planet, by volume) just add a software skin and an impact-absorbing case to an existing product. In that context, Verizon's newly-announced GizmoTab is an interesting offering: not only is it one of the rare tablet designs meant uniquely for children, it also has surprisingly solid hardware underneath all that padding. 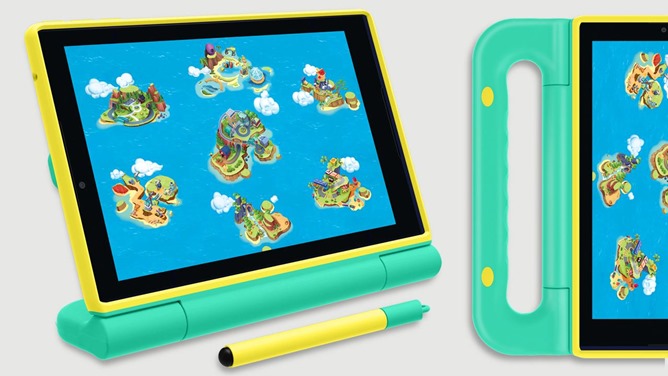 The idea behind all of this is that it's a tablet that works well for children aged 3 to 8, but which can also function as a standard "grown-up" tablet once kids get past that range. The GizmoTab uses a Snapdragon 617 processor, 3GB of RAM, 16 gigs of storage plus a MicroSD card slot, 8MP and 5MP cameras on the rear and front respectively, and a 5100mAh battery. The screen is a mid-sized 8 inches with a respectable 1920x1200 resolution, and it's running Android 6.0.1 underneath the kid-friendly skin. All that will cost you $79.99 on a two-year contract, $250 outright, or a little over $10 a month - not bad at all, considering the current market. 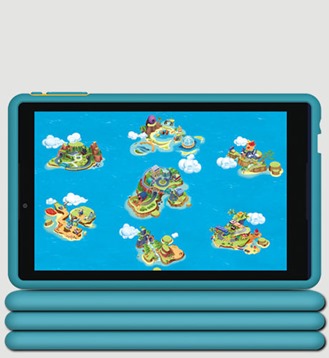 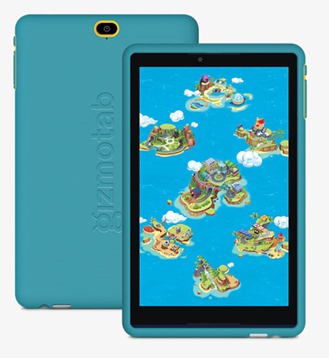 In addition to the padded teal body, the software enables both kid-centric tasks and parental management and tracking, including usage statistics and cutting off access to specific apps. (I'd start with the camera.) Education-focused games like Crayola Color, Draw, and Sing and Nat Geo Puzzle Explorer are among the 300 "premium apps" Verizon has designated as family-friendly. The $35 Kids Case, a full plastic hard case with a built-in handle/kickstand and oversized stylus, comes in a variety of colors. All in all, it looks like a surprisingly cohesive bit of design, especially for a carrier exclusive.

There's just one thing that I don't like: there's no indication of who is building the GizmoTab for Verizon. I'd guess it's the same whitebox supplier that makes the company's exclusive Ellipsis hardware. The tablet is on sale starting today on the web and Verizon retail stores.