Has your meme game been suffering while you wait for Hangouts to add GIF keyboard support? Wait no longer, version 15 enables support for this quirky feature. No longer will you be stuck searching out images on the web and using archaic methods like sharing to get them into Hangouts – unless you're still using Android 7.0 or below, like more than 99% of users. If that's the case, this version appears to bring a few bug fixes and labeling tweaks, but not much else. Either way, there's a download link at the bottom if you'd like to jump ahead of the regular rollout schedule. 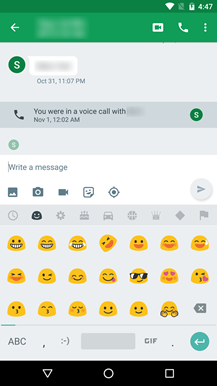 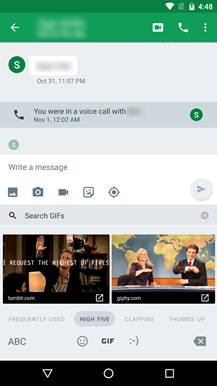 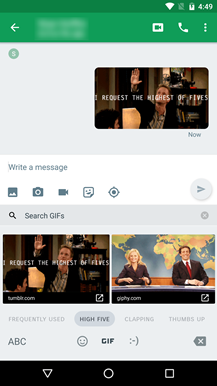 Keep in mind that the GIF keyboard feature only works if you're on Android 7.1, using a keyboard that supports it, and an app that supports it. All three must be true. Pictured above is the latest version of Hangouts paired with the Google Keyboard. To get to the GIF keyboard, open the emoji panel and look for a button labeled "GIF" to the right of the spacebar. You can use the suggested phrases or search for your own to pull up appropriate animations. 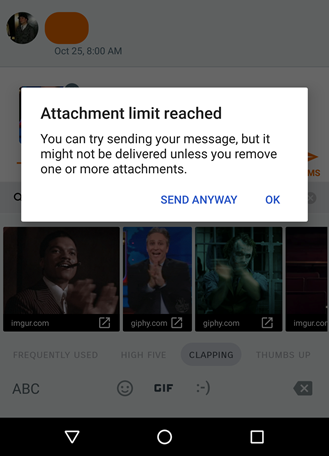 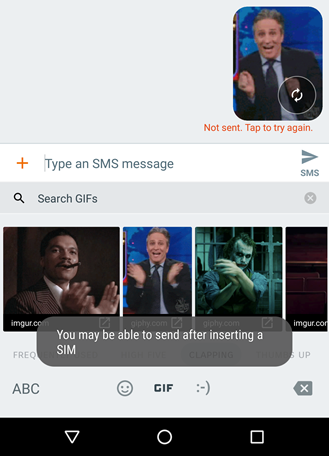 It's worth pointing out that GIFs can be sent over Hangouts and MMS, but it seems most of the images will exceed a very low size limit imposed by Google Voice (or Hangouts?). Note: Project Fi works fine, so it must not be imposing the same low limit.

GIFs don't seem like the most business-oriented feature for an app that's supposed to be reoriented toward enterprise customers, but that's somewhat unsurprising after seeing a couple of versions basically dedicated to emotes. Perhaps Hangouts isn't giving up on regular users just yet. On the other hand, this update gives GIF keyboard support to the last of Google's primary chat apps (Hangouts, Messenger, and Allo). Maybe this update was done just to wrap up loose ends.

Meizu announces the PRO 6 Plus, bringing an impressive list of specs for its latest flagship