Eager to get a slice of the growing cord-cutter pie, AT&T and DirecTV announced their own web-based premium TV service earlier this week. DIRECTV NOW officially launches today, so it's good to see that the service gets Android support immediately. The app is free and works with phones and tablets running Android 4.4 or higher. Sadly it's not compatible with Android TV, though Chromecast streaming is available on all videos.

DIRECTV NOW offers three tiers of service, none of which require subscribing to AT&T or the standard DirecTV satellite system: 60 channels for $35 a month, 80 for $50 a month, 100 for $60 a month, or 120 for $70 a month. Live local channels and regional sports are available in only a few metro areas, premium content like HBO and Cinemax can be added in $5 packages, and some (but not all) of the channels on offer also have video-on-demand service through DIRECTV NOW. Standard cable fare like ESPN, FX, Discovery, SyFy, Comedy Central, and AMC is well-represented in even the cheaper tiers, but there are some notable omissions like CBS, the CW, and NFL Network. There is no cloud DVR function.

You might be wondering which specific channels are available in which tiers. So was I, but the DIRECTV NOW site wouldn't show me without forcing me to create a new login account. I copied every bit of the gigantic comparison chart, so you don't have to do that. Come on, DirecTV. That's pretty douchey even for you.

The introductory offer grants access to the 100-channel tier for just $35 a month, and there are no contracts or equipment. In a blatant disregard for Net Neutrality principles worthy of T-Mobile, DIRECTV NOW subscribers who are also AT&T Wireless customers can watch shows on their phone without eating into data limits. 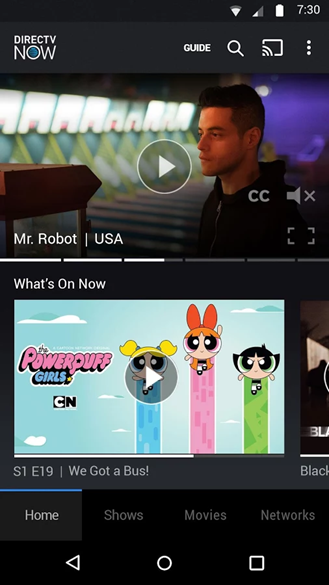 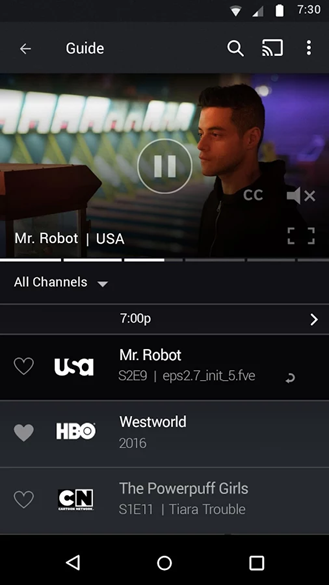 Early response to the app itself is tepid. Some Play Store reviews say the it's working great, but others are complaining of poor streaming quality, broken Chromecast functionality, or just straight-up failure to launch. Hopefully these are just hiccups at the service's start - for all their corporate shenanigans, DirecTV's satellite service is fairly reliable. 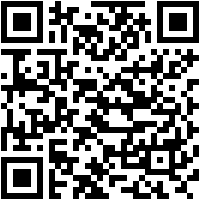 Play Store has new layout and transitions for search results, may be rolling out via ...