If you're a car person, like me, you'll have been an avid fan of Top Gear - until the classic line up of Jeremy Clarkson, Richard Hammond, and James May departed for the big-budget 'The Grand Tour' on Amazon. The first episode aired almost three weeks ago now, but the three have something else in store: DriveTribe.

DriveTribe's concept is a little confusing at first. It's basically a series of forums - Tribes - with each one devoted to a specific car topic. So you've got the obvious stuff like classic cars, supercars, Ferrari, motorsport, drifting, rallying, and then the more obscure stuff like car girls, gaming, or car journalism. Each Tribe is led by a specific person - Jeremy, Richard, and James all have their own Tribes, and prominent motoring journalists, racing drivers, and YouTubers have created their own too. 1996 Formula 1 World Champion Damon Hill even has a Tribe, named 'The Driver,' and current British racing driver Oliver Webb has his own too. Each Tribe will have original content created for it, consisting of photos, videos, and text-based pieces. According to Business Insider, Fox has backed DriveTribe with $6.5 million in cash, but Clarkson, Hammond, and May's Amazon contract is specifically designed to let them do both The Grand Tour and DriveTribe. Amazon, accordingly, is "absolutely fine" with this. 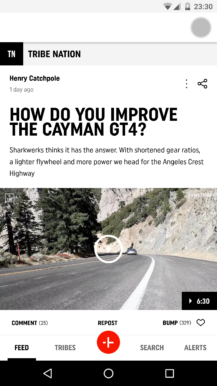 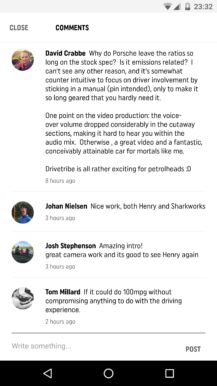 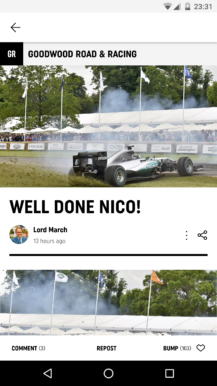 This has all been launching gradually over the past few days - the Android app was released yesterday, with the site opening up over the weekend after a period of exclusivity for insiders. It's a good app, easy to use and efficient to search for new Tribes and people. I've got to admit, I'm still getting the hang of it, but it feels a little like a cross between Medium and reddit, but for cars. If that makes sense. I think the trio were aiming at recreating the feel of a vintage car rally, but in a digital environment. It's really too early to say if this has worked, but I like the concept. 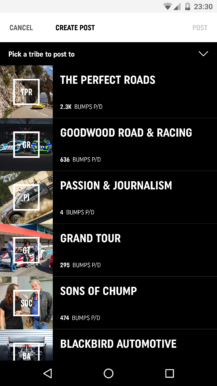 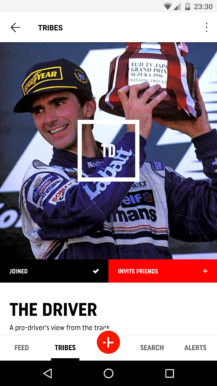 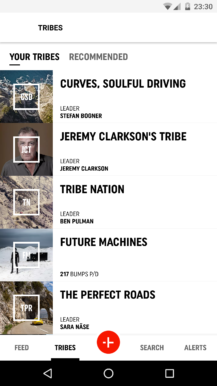 Above: creating a post in a Tribe. Middle: a tribe. Right: the Tribes I'm part of.

The Android app is available on Google Play now, so if you like cars - or motorbikes, since they're part of the community too - go get it.