There are a lot of point-and-click adventure games on the Play Store, some of them ports of classics from decades ago, some of them original games spurred on by the genre's mobile renaissance. But none seem so downright dedicated to the classic format as Kathy Rain, the rookie effort from independent developer Clifftop Games. Equal parts Agatha Christie and Broken Sword, the game's graphics, setting, and sound design are all crafted to call back to the golden age of 90s adventures with an original story.

The titular Kathy Rain is a journalism student coming home to investigate the death of her grandfather. And since it wouldn't be much of a "detective" story (according to the subtitle) without a little mystery, things soon take a turn for the ominous. The game was originally published in May of this year on the PC, but comes to Android with full touch controls and a sizeable discount. $5 grants access to the whole game with no in-app purchases. Oh, and it's coming to Android at the same time as iOS, which is a nice change of pace.

The game's pixelated visuals are limited to a 4:3 aspect ratio and just 240x320 resolution, an intentional choice to harken back to classic adventure titles from LucasArts and Sierra. Even the font that the character dialog appears in is matched up to the old games. It's best experienced on a tablet, if at all possible, but unfortunately Android TV is not supported. Kathy Rain does indulge in full voice acting for all characters, which is a thankful inclusion for the sake of giving the characters a little more life. If you'd like a stroll down memory lane while still getting a fresh story, give it a try. 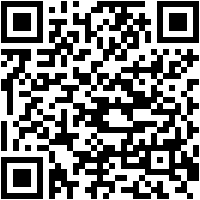 CyanogenMod 14.1 nightlies are coming to the Nexus 4, available for the Nexus 5 on CAF, ...