In what appears to be an accidental rollout of a preview build, according to 9to5Google, Google is updating Pixel and Pixel XL devices in Canada to a new version of Android 7.1, build number NPF26J. (Update: Upon further investigation, it's unclear if this is true, or if it's merely a coincidence. The build may be an official rollout, though it would be odd considering Google hasn't updated its factory image or OTA file pages yet.) 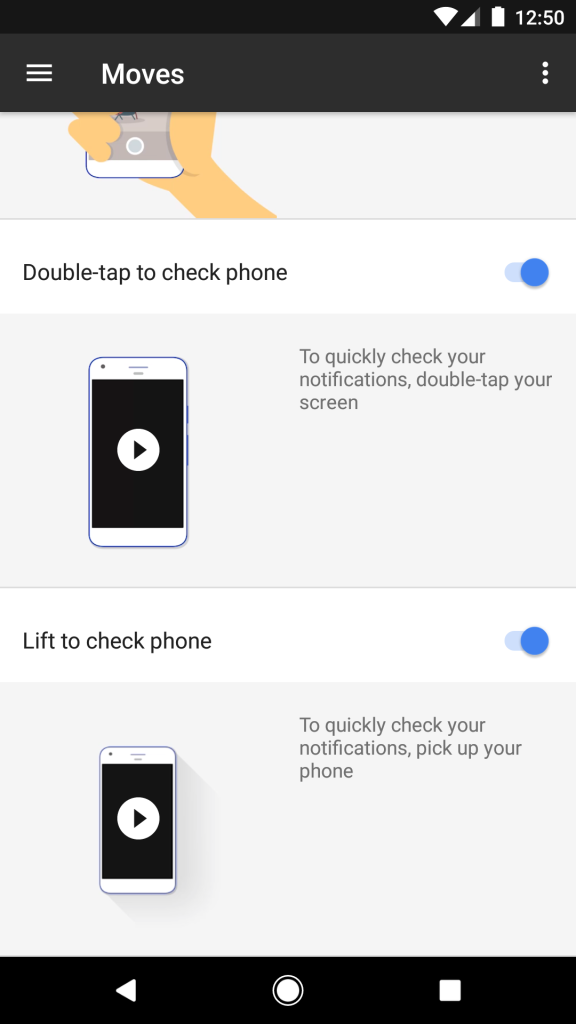 The update adds two features, at least that have been located so far: double-tap to check notifications, and lift to check. This would signal a return of the traditional ambient display functionality so many have bemoaned the loss of on Google's new phones. The double-tap feature was something we previously leaked before the phones launched, but that was not available on the firmware the Pixels shipped with. We suspected Google would bring double-tap eventually, but the addition of lift to check notifications was not something we were certain of. It's also being reported could solve some Band 4 LTE issues users in countries like Canada have been dealing with.

We'll let you know more about this as we learn it.

URLs for both of these updates have now been located - you'll need to be coming from NDE63V for them to successfully apply. Here are the links.