Got a Sprint LG G5? You may want to check for system updates in settings, as Sprint has begun to push the Android 7.0 Nougat update to LG's primer-covered flagship. Sprint and LG are both notoriously good with updates, so it's not a huge surprise that the Sprint G5 is one of the first flagships to get a taste of Nougat-y goodness. 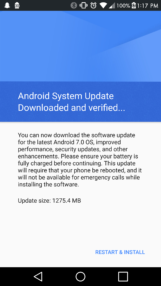 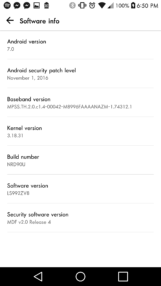 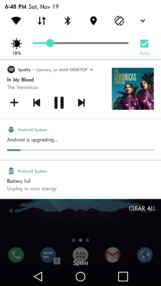 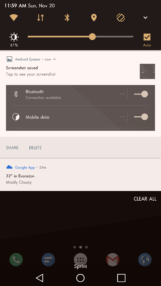 The update, which brings the November security patch and weighs in at nearly 1.3GB, essentially brings the same flavor of Nougat that the V20 shipped with to the G5. The entire interface, especially the quick settings and notification menu, looks much closer to stock Android. Should you get bored of the black and white theme, you can still switch it out for one that's more interesting to you, like the black/brown one in the fourth picture above. 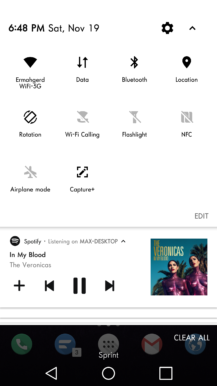 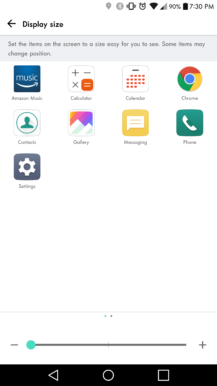 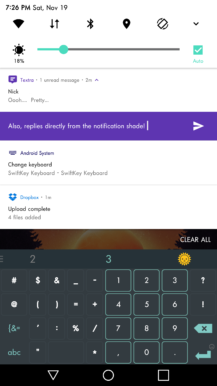 Features that are present in stock Nougat such as direct replies and cleaner, editable quick settings are intact, but an interesting item that LG threw in is the built-in DPI changer. Sure, you could previously change your DPI via ADB, but that's a complicated process for many and could cause problems. According to the reddit user who took these screenshots, the three DPI settings you can change the UI to are 544, 640, and 720. For those of you who complain about UIs being too blown up, this will definitely be a welcome addition.

Overall, this seems like a pretty nice update. Hopefully, more carriers will begin pushing Nougat to their G5s soon.

Deep dive: A closer look at the Google Pixel's camera