We've all heard of contextual launchers - launchers which change what they do or show based on time of day, weather, your calendar, your location, or any other context. However, ts-apps, the maker of AppSales, has a new app in an unreleased, beta state, named Contextual App Folder (CAF), which is a folder that uses context to determine what to show. But what makes it special is the fact that it is a widget, for any launcher or situation.

This follows on from the developer's previous app, Sloth Launcher, which was also contextual, showing apps or widgets when conditions set up by the user are triggered - say you want to see your work calendar when you leave the house every morning, or a shopping list when you leave work.

CAF is a little different - it will only show a folder, looking pretty much identical to the stock look of Google Now Launcher's folders (although this can be changed), despite the fact it's actually a 1x1 widget. I set mine up with a variety of triggers, and on the whole it seemed to work well. I had one trigger that was set up to show me Twitter, reddit, Facebook, and Play Music when I got out of university lectures, and another for when I got home. It accomplished both of these, but I did have trouble later with the widget not refreshing, causing me to have to delete and re-add it a few times, although this could be Android's fault and not the app's. 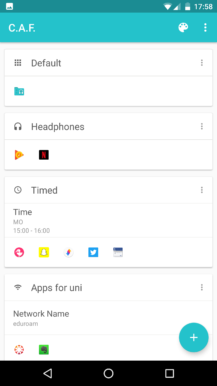 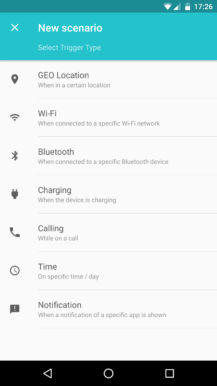 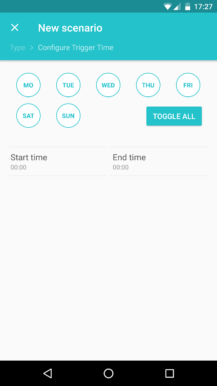 The default trigger is named 'Headphones,' showing any app that you can use headphones with - mine shows Google Play Music, although I added Netflix to that. Shortcuts - such as Nova Launcher Activities, Direct dial or message, Gmail label or compose, Settings shortcuts and many more can also be added to a folder. 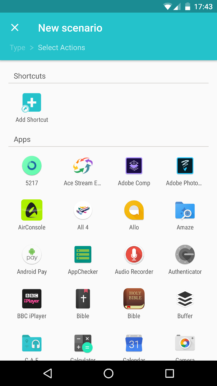 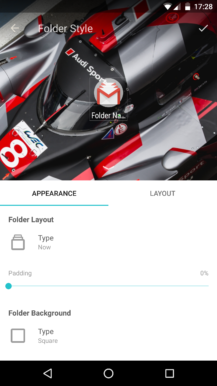 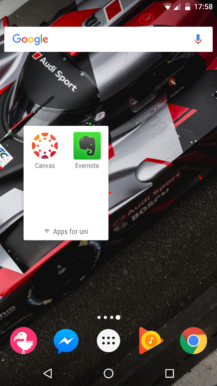 I do really like this concept; being someone who is hugely interested in artificial intelligence and the possibility of adding context into the equation there, I can see the potential this app, and others like it, have. I'm looking forward to seeing it developed and enhanced before the final release.