Jade Empire started its life on the original Xbox back in 2005, then it came to PC two years later. Both times it got very positive reviews. Now, almost a decade later it's coming to Android. This is a "special edition" remastering with updated controls for mobile and new content—it's the same game you can get on Steam, but it's $5 cheaper on Android.

Jade Empire is set in a world inspired by ancient Chinese myths. It's an open world experience developed by Bioware, which probably gives you an idea what you're getting into. Although, combat looks to take place in real time instead of the pseudo-turn-based thing KOTOR had. Speaking of KOTOR, this port was done by Aspyr Media, the same developer that did the Android version of KOTOR.

The game will cost you $10, but that's all. No in-app purchases here. It was a full-fledged console game, so there should be a ton of content here compared to most mobile games. 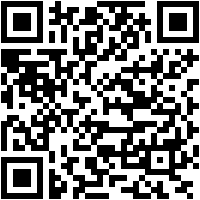 Uber wants you to shower your drivers with praise through its new feature, Compliments

Chase Pay is now live, but currently only works at Starbucks and Best Buy