Android Auto is starting to pick up a little bit of steam, which is nice to see for us car audio nerds. Recently, Auto hit v2.0 which brought with it some changes, including an on-phone mode. For those of us who do not have a fancy new car that includes the smartphone connectivity, aftermarket headunits are our next best bet. That brings us to Sony's first dip into this particular arena, the XAV-AX100. Announced back in August, we only got some news about features. Well, now this bad boy is up for pre-order at $499.

The draw here is sound quality and Sony's tweaks to make things sound better in your vehicle. From the EXTRA BASS low-frequency boosters to the four "55W Dynamic Reality Amp 2" amplifiers and the Dynamic Stage Organizer (DSO), you can expect some good sound. All of this coupled with the 10-band graphic equalizer should provide some nice variety, too. 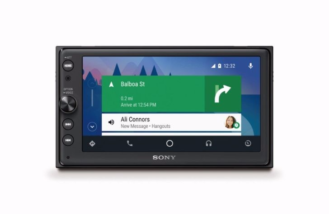 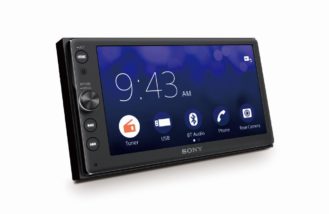 On the smartphone side, it supports both Apple's CarPlay and Android Auto. Sony claims it has a "clear and responsive" touchscreen and improved visibility for those long drives, day or night. You can pre-order this headunit from either Amazon or Crutchfield. The latter estimates that the XAV-AX100 will be available on December 12, but I would take that with a grain of salt.