For a few months now, OnePlus has been pushing beta community builds to the now-discontinued OnePlus 3 in an effort to merge its two ROMs, OxygenOS and HydrogenOS. Now, the Shenzhen-based company has pushed community build 3.5.6 to the 3, and it brings a number of improvements and fixes. 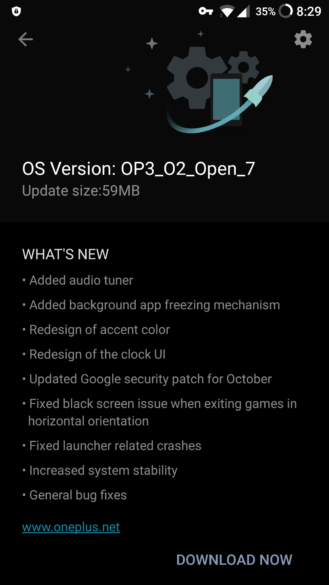 It's the November security patch; OnePlus messed up here.

Perhaps the most notable change here is the addition of an audio tuner, which apparently works quite well. In addition, OnePlus has thrown in a background app freezing mechanism and some minor redesigns in the UI. Also bundled in are the November security patch (the update screen erroneously claims it's the October security patch) and fixes for the black screen users would get when exiting games played in landscape, launcher-related crashes, and dial pad crashes. Users are also reporting that several aspects of the system feel quicker, although this could just be a placebo effect.

This update weighs in at around 1.5GB and should be rolling out to community build-equipped OnePlus 3s right now. If you aren't on the beta track and you'd like to hop on, you can download the full ROM to flash from the first source link below.

4K video has started rolling out in Play Movies