A dashcam is one of those things that seems only slightly important until about five minutes after a fender-bender, wherein it becomes retroactively essential. Even so, those dashboard-mounted cameras don't grown on trees, so most cars in the US still aren't equipped with them. Nexar, a new Android app that's currently in "unreleased" status on the Play Store, aims to fix that. It turns any Android device into an AI-powered dash cam - all you need is Android 4.1 or later, a rear camera, and some way to mount it in your vehicle.

Nexar is more than a simple video recorder. In addition to that primary function, the app features what it calls "artificial intelligence," adding luxury car-style proximity warnings, GPS tracking, and direction and speed recording. It's essentially an all-in-one app for covering your ass in case of a litigious crash. Videos are dynamically stored so that only the latest recordings are retained (or the ones you specifically select), and can be shared with insurance companies if the need arises. And yes, Nexar can run in the background if you're also using your phone for navigation or music. 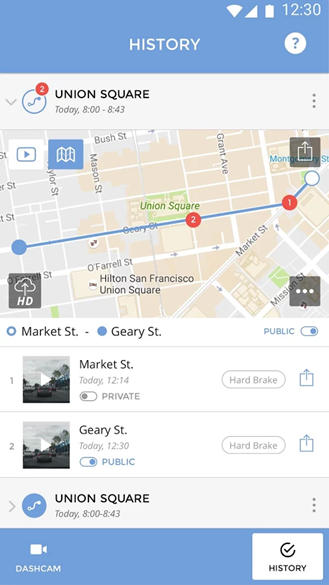 The only downside is that running single or double cameras, GPS, gyroscopes, and no small amount of software resources might actually drain your battery faster than it can charge... and if your phone mount happens to be in the sun, it might overheat. On the other hand, this seems like a good way to recycle an out-of-date device. Keep in mind that Nexar is currently in an alpha state, so expect a few bugs at least for the present. 4K video has started rolling out in Play Movies

Asus ZenWatch 3 review: The best Android Wear device you can get