Until recently, the SHIELD Android TV was the only Google-y device that could output 4K video. Now, there's the Chromecast Ultra and the Mi Box, which gives Google some reason to actually make 4K video available. Play Movies didn't include this option when the devices launched, but now it appears to be rolling out.

Movies and TV with a 4K streaming option will have a 4K icon next to all the other glanceable things like language and closed captions. You don't really get much more info than that. When the content information is expanded, it just lists 4K as available. 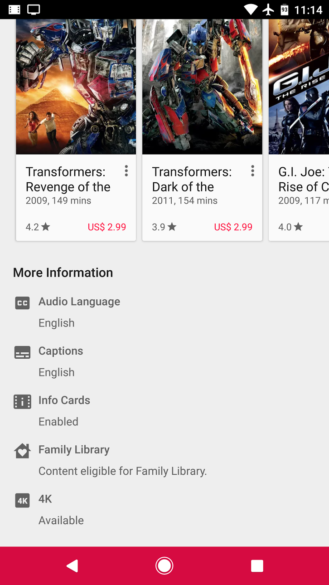 . Google seems to still be in the early stages of rolling this out. Not everyone is seeing 4K content in Play Movies—I've checked on several devices and still nothing. If you do have 4K in your Play Store client, there won't be much of it. You can check titles like Chappie, Transformers, Star Trek Beyond, and Sausage Party to see if 4K is listed.

It looks like the pricing for 4K is different after all. As of a day or two ago, it wasn't a separate item. Now, some titles are showing a higher price for the UHD option. 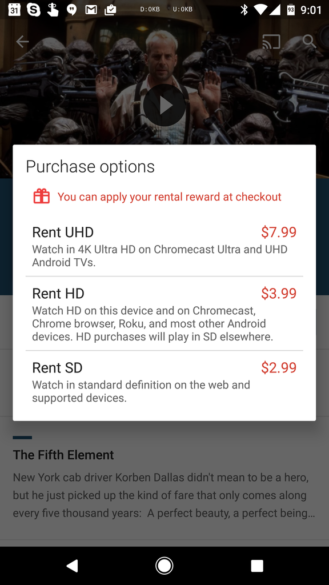 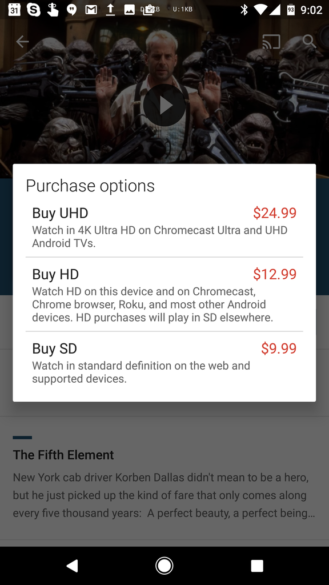 Nexar turns any Android phone into an always-on AR dashcam