Google's YouTube Kids application launched just under two years ago, as an attempt to make YouTube a bit more children-friendly. The app has been somewhat successful, with a few bumps along the way. Now Google is introducing a feature that frankly should have been there from day one - the ability to block channels and videos. 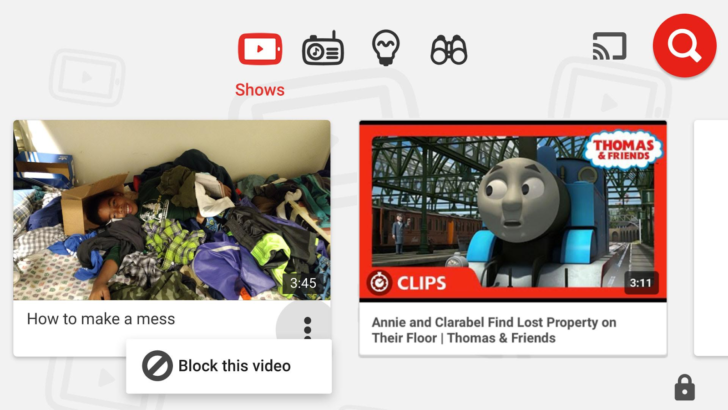 We found evidence of this in an APK teardown almost a month ago, but now the feature is official. Parents can block videos from the overflow menu on any video or channel, as seen above. Blocked content is synced through your Google account, so you won't lose your blocklist by reinstalling the app or buying a new device.

YouTube suggests this may be useful for blocking a "DIY video that shows them how to make gooey slime," or "certain sing-a-long videos." This might be a subtle jab at all the YouTube channels that upload random low-quality animations with nursery rhymes, for quick and easy ad revenue. Regardless, the new feature is part of the YouTube Kids 1.95.2 update, which you can get from APKMirror or from the Play Store link below.