As nice as it is to get a new Android TV app from a large web property (and also rare, natch), one might reasonably wonder what Twitter is doing on a platform almost exclusively dedicated to streaming video. The answer is, of course, streaming video: Twitter has a lucrative deal with the NFL to stream some but not all of this season's Thursday Night Football games for free on the service. This app would have been a lot more useful before we got 10 weeks into a 17-week season, but hey, gift horses and whatnot.

That still doesn't explain why the dedicated listing for the Twitter Android TV app is using screenshots from the phone app. Perhaps it's a tacit way for Twitter to admit that yes, these could have been combined into the same Play Store listing with Google's developer tools, but like taking TV screenshots for a TV app, they just couldn't be bothered. It's not as if Twitter has millions of dollars in advertising revenue or anything. 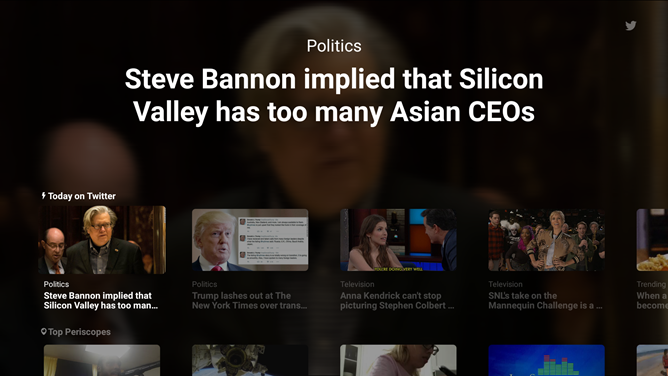 The main interface is split into two browsing rows: "today on Twitter," consisting of popular tweets with embedded photos or videos, and a row dedicated to currently-live videos on the Periscope sister service. Aside from being an abject lesson in the dangers of vertical videos, these live streaming bits are probably the easiest way for you to view your favorite Periscope "personalities" on a big screen. The rest of the app has some questionable interface choices - the text of a tweet often obscures the blurred and cropped image it's commenting on, for example.

There doesn't appear to be a way to actually log in and tweet from the Android TV app, but that's not a big deal - doing so with a remote or controller would be awkward, and Twitter probably assumes its users have their phones handy anyway. 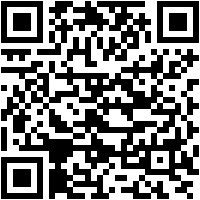